Israel Yesha Council: To Prevent Accidents, Limit Hours Trucks Can Be on the Road
Israel 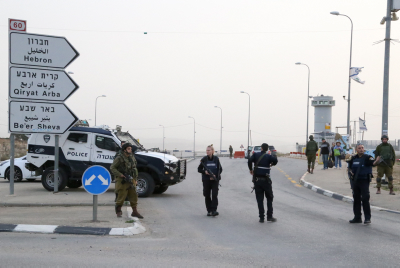 In recent weeks, there have been numerous road accidents in Yehuda and Shomron involving trucks and cars – and to prevent those accidents, Yesha Council officials have called for limitations on the hours trucks will be able to be on the road in the region.

Part of the problem, officials said, is that most roads in Yehuda and Shomron are only two lanes – with one in each direction. While passing is possible on certain parts of the roads, many have dangerous twists and curves, and many drivers, both Israeli and Palestinian, ignore safety regulations and pass cars ahead of them in an illegal manner.

As a result, Yesha Council officials have appealed to police to ban trucks from the roads during certain hours, such as when school buses are transporting children, and during rush hour, when the roads are crowded.

Yesha Council head Chananel Dorani said in a letter to police that “the situation is very dangerous, and people’s lives, both Israeli and Arab, are endangered on a daily basis. In the long term we need to improve the road infrastructure in the region, but in the short term we need to increase enforcement of traffic rules, and consider limiting the times that trucks can be on the road.”