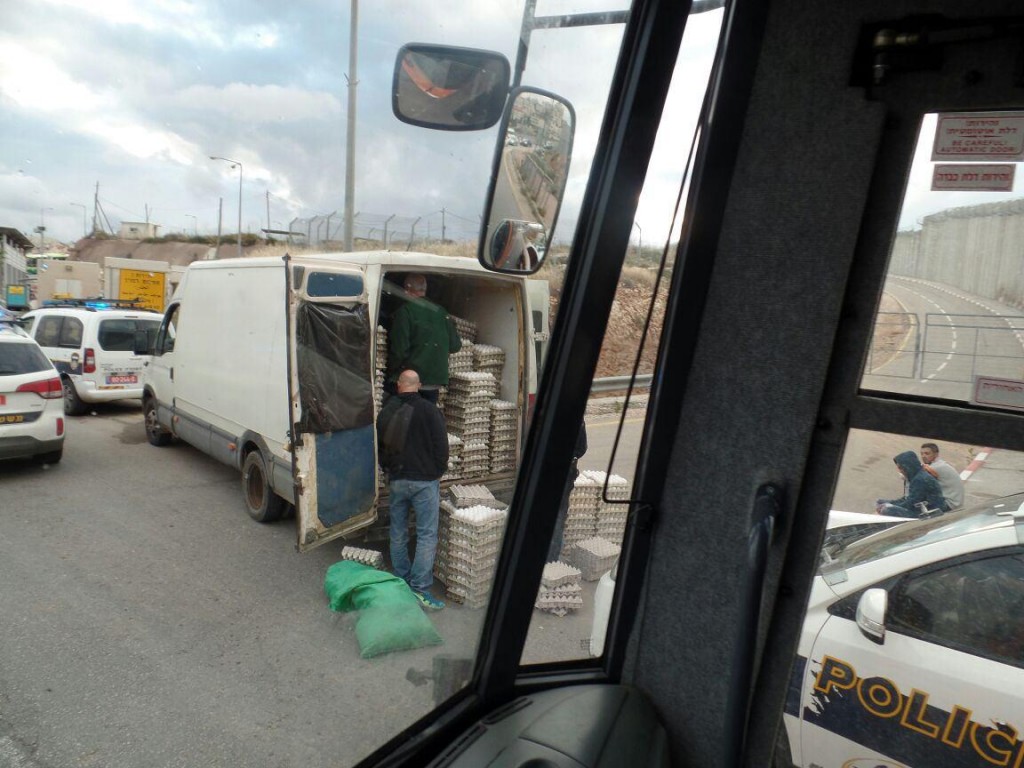 Border Police on Tuesday confiscated a large shipment of “illegal eggs” – eggs raised in henhouses in the Palestinian Authority and smuggled into Israel. The catch nabbed by authorities amounted to over 4,000 eggs, which were slated for sale in central Israel. The eggs were being transported from the PA village of Barta’a to Umm el-Fahm, to where they were to be boxed and distributed.

The eggs were hidden in a vehicle that attempted to pass through an IDF checkpoint Tuesday. After inspection, officials decided to check a little more closely, as something didn’t seem right about the truck – and using advanced technological methods, they discovered the hidden eggs. The vehicle was confiscated, the eggs were destroyed, and the driver arrested. Police said that, besides harming Israeli farmers, the eggs were potentially dangerous, as the chickens were raised in an unsanitary environment and the eggs handled without the safety measures standard in Israel.

IDF forces overnight Monday confiscated terror funds in villages in the Chevron area. The funds, amounting to tens of thousands of shekels,were part of payments made by Hamas and the Palestinian Authority to the families of terrorists for committing terror acts against Israelis, officials said.