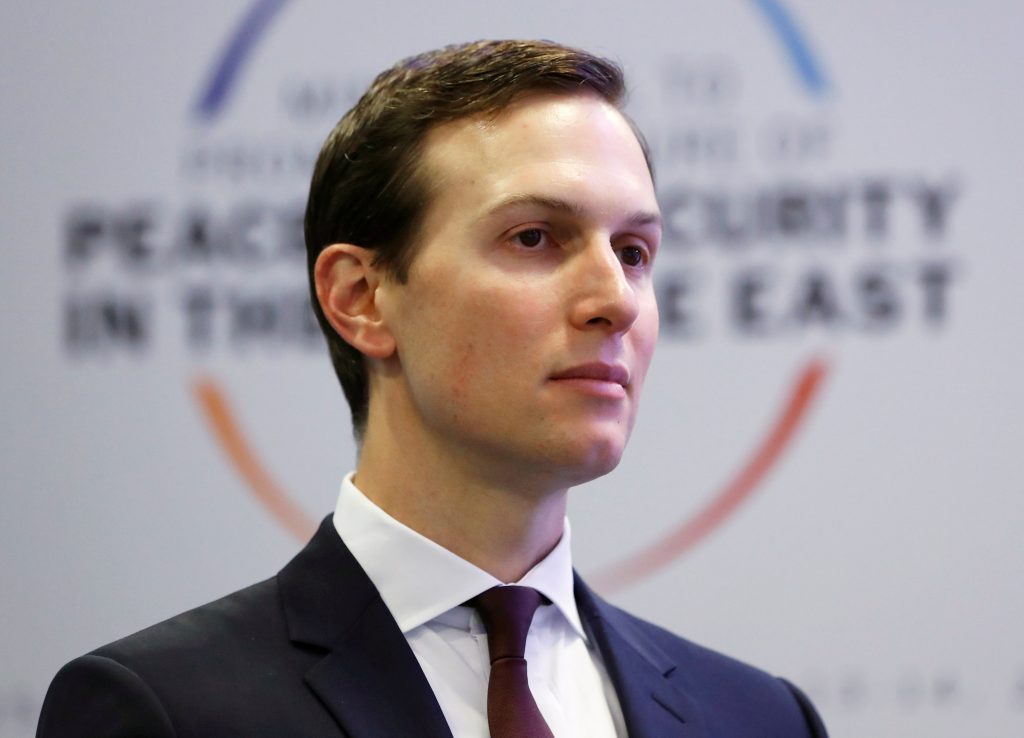 Kushner told Sky News Arabic that “the American peace plan is very detailed and will focus on drawing the border and resolving the core issues.”

He went on to say that it will “have a broad economic impact, not only on Israel and the Palestinians, but on the entire region as well.”

“The Israeli-Palestinian conflict has been used for years to incite extremism,” Kushner said, “for years resistance to the nation of Israel has united the region, but now it is changing … We see that Iran is the greatest threat in the region.”

Last week, Kushner said the Trump administration would unveil the proposals after the Israeli elections on April 9.