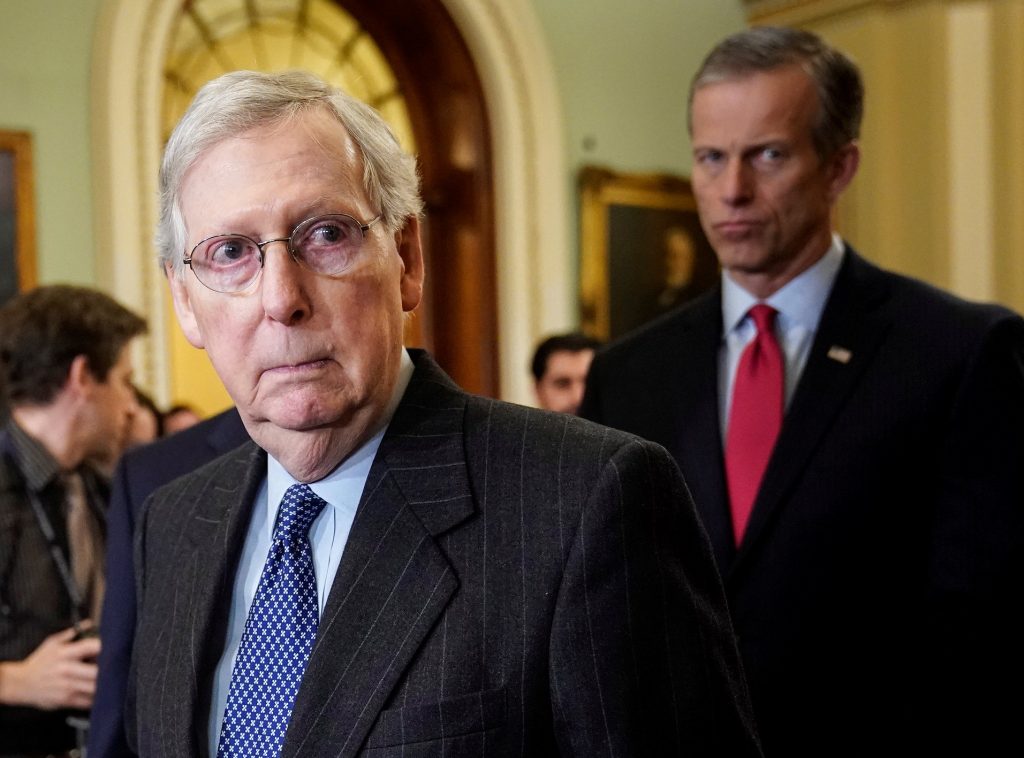 President Donald Trump will sign a border security bill to avert another government shutdown, but also declare a national emergency to obtain funds for his promised U.S.-Mexico border wall, the top Senate Republican said on Thursday.

In an attempt to bypass Congress to get money that lawmakers have denied him for his wall, Trump appeared headed toward triggering a swift court challenge from Democrats on constitutional grounds.

“I’ve just had an opportunity to speak to President Trump and he, I would say to all my colleagues, has indicated he is prepared to sign the bill,” Senate Majority Leader Mitch McConnell said on the Senate floor.

The bipartisan legislation would provide more than $300 billion to fund the Department of Homeland Security and a range of other federal agencies through Sept. 30, the end of the current fiscal year. Funding is due to expire for those agencies on Friday.

Congress was expected later on Thursday to approve the legislation, which does not contain the money Trump demanded for the wall, but does contain money for other border security measures.

The bill faces votes in the Republican-led Senate and Democratic-controlled House of Representatives before going to Trump, who triggered a 35-day-long shutdown of about a quarter of the federal government with his December demand for $5.7 billion to help build a portion of the wall.

In denying him that money, Congress has blocked Trump from carrying through on one of his key 2016 campaign pledges.

The border bill would provide $1.37 billion in new money to help build 55 miles of new physical barriers on the border. It is the same level of funding Congress appropriated for border security measures last year, including barriers but not concrete walls.