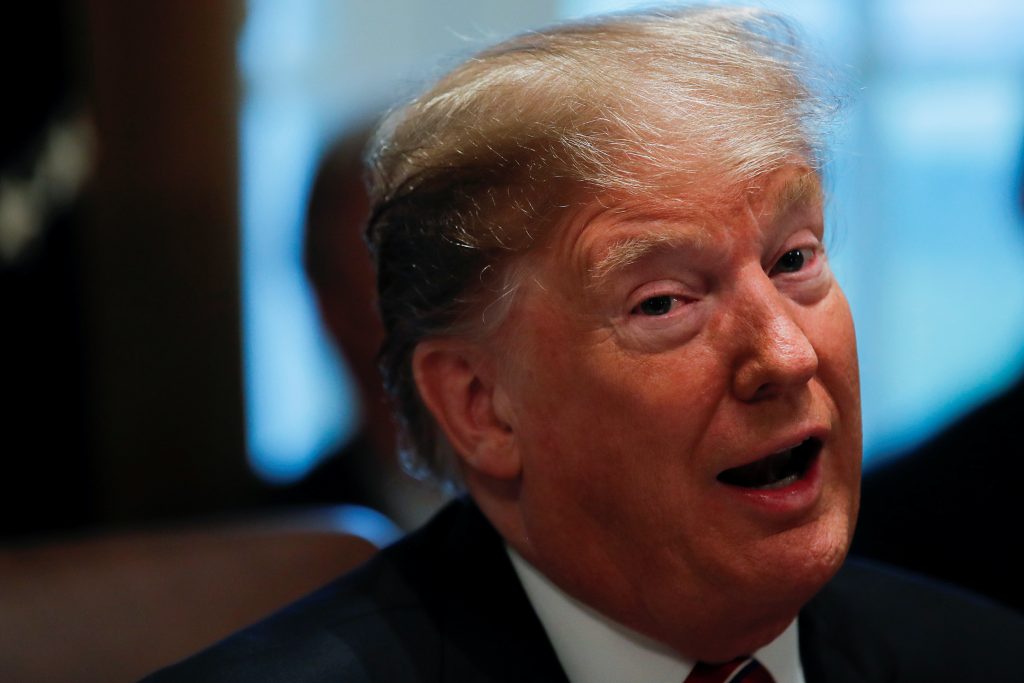 President Donald Trump on Tuesday said Rep. Ilhan Omar (D-Minn.) should resign from Congress or give up her seats on congressional committees following her suggestion on Twitter that Israel’s allies in U.S. politics were motivated by money rather than principle.

Omar, a House freshman, had said Sunday evening that she believes the American Israel Public Affairs Committee is paying lawmakers to take pro-Israel positions, tweeting, “It’s all about the Benjamins baby.”

Omar’s tweets sparked a bipartisan backlash and ultimately a rebuke from House Democratic leaders, who issued a joint statement on Monday denouncing her use of “anti-Semitic tropes and prejudicial accusations about Israel’s supporters.” Omar later apologized.

At Tuesday’s Cabinet meeting, Trump said that “anti-Semitism has no place in the United States Congress” and called Omar’s apology “lame.”

“I think she should either resign from Congress or she should certainly resign from the House Foreign Affairs Committee,” Trump said. “What she said is so deep-seated in her heart that her lame apology — and that’s what it was, it was lame, and she didn’t mean a word of it — was just not appropriate.”

House Minority Whip Steve Scalise (R-La.) was among those Monday calling for Omar to be removed from the committee. A senior Democratic aide told The Washington Post such a move was not under discussion.

In the wake of the controversy, Trump himself has come under scrutiny for comments he made to the Republican Jewish Coalition as a presidential candidate in 2015.

“You’re not going to support me because I don’t want your money. … But that’s OK. You want to control your own politician,” Trump told the group at the time.