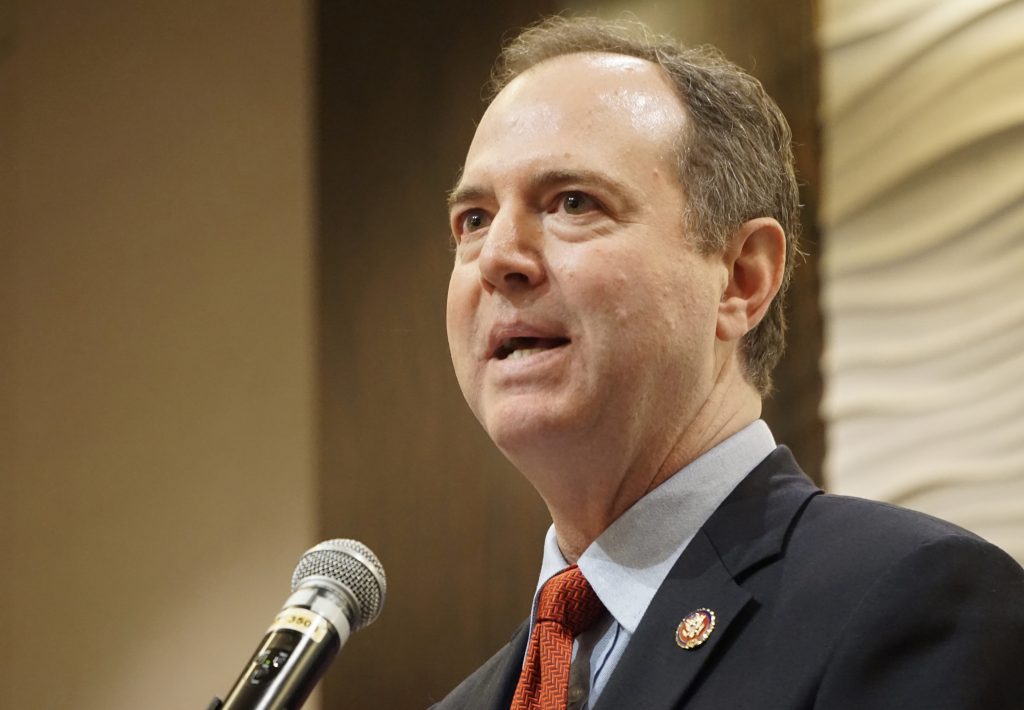 President Donald Trump’s growing anxiety and ire at the prospects of investigations from House Democrats have been amplified among his aides over news that a key oversight committee has hired at least one former White House national security aide, according to people familiar with the matter.

The House Permanent Select Committee on Intelligence is beefing up its staff under new Chairman Adam Schiff (D-Calif.), which is typical after a transition of power from one party to the other, as it prepares to investigate Russian interference in the 2016 election and to conduct oversight of the Trump administration. In a series of tweets Thursday morning, Trump blasted Democrats for going “nuts” and accused them of “Unlimited Presidential Harassment.”

“So now Congressman Adam Schiff announces, after having found zero Russian Collusion, that he is going to be looking at every aspect of my life, both financial and personal, even though there is no reason to be doing so,” Trump wrote. “Never happened before!”

Among Schiff’s new committee staffers is Abigail Grace, who served as an Asia policy staffer on the National Security Council until departing last spring for a Washington think tank.

At the Center for a New American Security, Grace worked as a research associate in the Asia-Pacific Security Program, a relatively junior-level position. She published essays on Asia policy and was quoted in news articles, including in The Washington Post, offering analysis about Trump’s Asia strategy. She announced her departure from the think tank last week and began work Monday on Schiff’s team, specializing in East Asia affairs, said people who know her.

Grace did not immediately reply to a phone message requesting comment.

An aide for the House Intelligence Committee, speaking on condition of anonymity to discuss personnel decisions, said Schiff has hired aides for a “variety of positions, including the committee’s oversight work and its investigation” – but declined to name specific staffers.

“Although none of our staff has come directly from the White House, we have hired people with prior experience on the National Security Council staff for oversight of the agencies, and will continue to do so at our discretion,” the aide said.

The aide added: “We do not discriminate against potential hires on the basis of their prior work experience, including the administration.”

A fluent Chinese speaker who accompanied Trump on his visit to five Asian countries in Nov. 2017, Grace is expected to help the committee conduct oversight as the Trump administration pursues high-stakes negotiations over North Korea’s nuclear weapons program and a trade war with China.

Grace was not a political appointee, but rather a civil servant who started at the NSC working on Middle East affairs during the Obama administration in 2016, before switching to a focus on East Asia, said those familiar with her work. Her duties included assisting Matt Pottinger, the NSC’s senior Asia director who helps national security adviser John Bolton consolidate policy among the federal agencies and advise Trump.

“It seems like a lot of mental calories to burn,” one Washington foreign policy expert said of the fears inside the Trump White House over Schiff’s new hires.

Grace is listed in public records as a registered Democrat, but it is not unusual for civil servants in the NSC to have different party affiliations from their bosses.

Trump, who belittled Schiff in a tweet shortly after the midterm elections in November, has tried to set up the congressman as a public foil as the White House braces for House investigations into Trump’s personal finances and his administration’s policies.

Some senior Trump aides have privately expressed concern that Schiff’s hiring of former White House staff members is a bid for inside information that could be particularly damaging – a sign of the growing alarm over the president’s vulnerability in a new era of divided government.

Yet former staffers from the George W. Bush and Obama administrations, as well as longtime civil servants, said it was not unusual for government policy experts to leave and wind up advising or working for lawmakers.

“It happens every day,” said one Capitol Hill staffer who is not on Schiff’s committee. This staffer, who spoke on the condition of anonymity because of the sensitivity of the matter, rattled off a number of former Hill aides who had worked as policy experts in past administrations. “My understanding is that Schiff was going from the minority to the majority and had to staff up more fully. It’s the normal way things operate.”