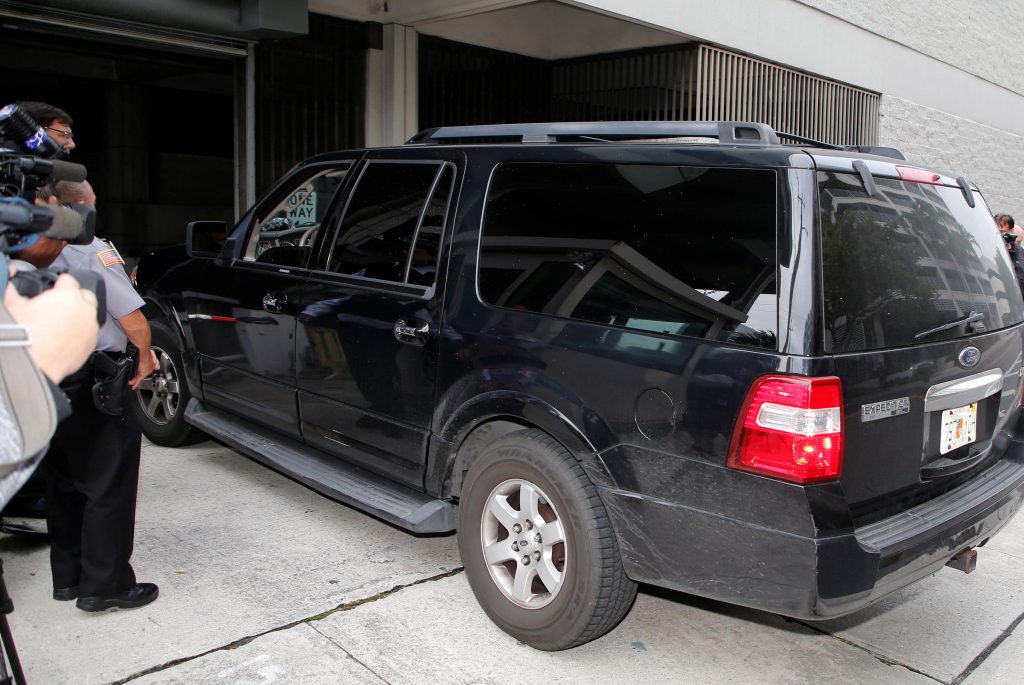 President Donald Trump’s longtime ally Roger Stone was arrested in his Florida home before dawn on Friday on charges that he lied to Congress about the release of stolen Democratic Party emails during the 2016 presidential campaign.

Special Counsel Robert Mueller said in court papers that Stone had advance knowledge of a plan by WikiLeaks to release the emails.

Stone, a veteran political operative, is one of the closest Trump associates to be charged by Mueller, who is examining Russian interference in the 2016 U.S. presidential election, including potential collusion between Trump’s campaign and Russia.

Trump has repeatedly criticized Mueller’s probe as a witch hunt and denied colluding. The Kremlin has denied interfering with the election.

Following news of Stone’s arrest Friday, Trump tweeted, “Greatest Witch Hunt in the History of our Country! NO COLLUSION! Border Coyotes, Drug Dealers and Human Traffickers are treated better. Who alerted CNN to be there?” in an apparent reference to the network’s footage of Stone’s pre-dawn arrest at his Fort Lauderdale, Florida, home.

The indictment showed Stone using language evoking mob bosses as he called an unnamed associate facing FBI inquiries “a rat. A stoolie” in a series of profanity-laced messages.

Stone was an early Trump backer whose reputation as an aggressive political operative and self-proclaimed “dirty trickster” dates back to the Watergate scandal of the 1970s when he was working for Richard Nixon. He has a tattoo of Nixon’s face on his back.

Stone was charged with seven criminal counts, including obstruction, witness tampering and making false statements. He was due to appear in federal court in Fort Lauderdale on Friday.

His lawyer, Grant Smith, told Reuters that Stone would “vigorously” contest the charges.

“There was no collusion,” Smith said. “He forgot to tell something to Congress and what it was was immaterial.”

WikiLeaks, which is referred to as “Organization 1” in the indictment, did not respond to a request for comment.

Thirty-five people have pleaded guilty, been indicted or otherwise swept up in the Russia inquiry, which has clouded Trump’s two-year-old presidency.

Those people include former close associates of Trump such as his one-time lawyer Michael Cohen and former campaign chairman Paul Manafort as well as 12 Russian intelligence officers.

The charging documents included new details about the alleged activities of Trump aides, including an incident in which a senior campaign official “was directed to contact Stone about any additional releases and what other damaging information Organization 1 had regarding the Clinton Campaign.”

The indictment referred to an October 2016 email from the “high-ranking Trump Campaign official” asking Stone to inquire about future releases of emails by “Organization 1.” Stone responded that “Organization 1” would release “a load every week going forward.”

The high-ranking official is Steve Bannon, Trump’s former campaign chief, according to a person familiar with the matter. Bannon is considered a witness in Mueller’s probe and is not at risk of being charged, the source said. Bannon did not respond to a request for comment.

“The indictment was not unexpected, but it is still significant because it alleges coordination between the Trump Campaign and WikiLeaks,” said Barbara McQuade, a former U.S. Attorney for the Eastern District of Michigan.

An FBI representative declined to comment on reports of a search of Stone’s residence, referring questions to Mueller’s office.

Michael Zeldin, a former federal prosecutor, said the indictment underscored the Trump campaign’s pursuit of damaging information, much like the June 2016 meeting at Trump Tower between Trump campaign aides and a Russian lawyer with ties to the Kremlin. Trump’s eldest son, Donald Trump Jr., has acknowledged he was expecting to get “dirt” on Clinton at the meeting.

Zeldin said the new details in the indictment were damaging politically to Trump but that it remained unclear if there was criminal exposure for anyone else in Trump’s orbit. He noted that Mueller made a point of portraying WikiLeaks as an organization that has repeatedly been involved in posting stolen documents from U.S. citizens.

“In Mueller’s mind this is a campaign cavorting with the enemy,” Zeldin said. “Politically there is a lot here that is pretty ugly. Legally it’s not clear to me if there is evidence of people having colluded in a criminal sense.”

Trump’s critics noted that the arrest showed Mueller’s probe getting closer to the president himself.

“This is not some casual, low-level contributor to the Trump Campaign. This is someone who had been very active in Republican Party politics for a long time,” Sen. Chris Coons (D-Delaware) told MSNBC in an interview.

Stone briefly worked for the Trump campaign but left in August 2015. The campaign said it fired him after he tried to grab too much of the spotlight, while Stone insisted that he quit.

Stone nevertheless played a key role in promoting the campaign in 2015 and 2016 and communicating with people still officially in Trump’s camp.