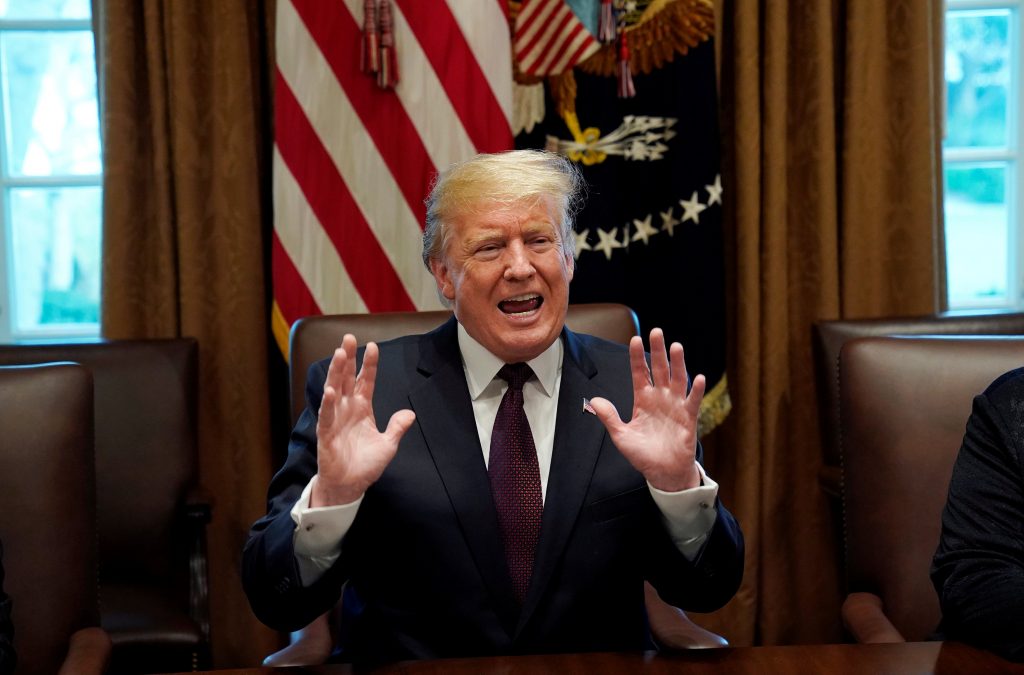 The Republican-led Senate planned votes for Thursday on competing proposals, one broadly backed by Democrats and the other by Republicans, to end the partial government shutdown, both of which seemed unlikely to resolve the month-long impasse.

President Donald Trump last month triggered the shutdown, now in its 34th day, by demanding $5.7 billion for a U.S.-Mexico border wall, opposed by Democrats, as part of any legislation to fund about a quarter of the government.

The longest such shutdown in U.S. history has left 800,000 federal workers as well as private contractors without pay and struggling to make ends meet, with the effects on government services and the economy reverberating nationwide.

Senate Majority Leader Mitch McConnell plans a vote on a Democratic proposal to fund the government for three weeks but does not include the wall funding that Trump wants.

Its prospects looked dim in the Republican-controlled chamber, although at least one conservative senator reportedly plans to back it. The Democrat-controlled House of Representatives has passed similar bills but Trump has rejected legislation that does not include the wall funding.

McConnell has previously said he would not consider legislation that Trump did not support. The mere fact that he is willing to allow for a vote suggests he may be trying to persuade lawmakers of both parties to compromise.

Senator Cory Gardner intends to vote for the bill, the Denver Post said, citing the lawmaker’s spokesman. Representatives for the Colorado Republican could not be immediately reached for comment.

McConnell also planned to hold a vote on a separate bill that includes wall funding and a temporary extension of protections for “Dreamers,” hundreds of thousands of people brought to the United States illegally as children, to reflect an offer Trump made on Saturday.

Democrats have dismissed Trump’s offer, saying they would not negotiate on border security before reopening the government and would not trade a temporary extension of the immigrants’ protections in return for a permanent border wall they have called ineffective, costly and immoral.

McConnell’s calculation may be that if both bills fail, that could convince Republicans and Democrats to seek a compromise.

One possibility emerged on Wednesday when House Democratic leaders floated the idea of giving Trump most or all of the money he seeks for security along the Mexican border but that could not be used to build a wall.

Representative James Clyburn, the No. 3 House Democrat, said Democrats could fulfill Trump’s request for $5.7 billion for border security with technological tools such as drones, X-rays and sensors, as well as more border patrol agents.

On Wednesday, House Speaker Nancy Pelosi, the top Democrat, essentially uninvited Trump from delivering the annual State of the Union address in the House chamber until the government is fully open. Trump initially called her move “a disgrace,” before acquiescing in a late-night post on Twitter.

“I will do the Address when the Shutdown is over. I am not looking for an alternative venue … because there is no venue that can compete with the history, tradition and importance of the House Chamber,” he wrote. “I look forward to giving a ‘great’ State of the Union Address in the near future!”

Pelosi responded on Twitter with a call to Trump to support House-passed legislation to end the government shutdown. “Please accept this proposal so we can reopen [the] government, repay our federal workers and then negotiate our differences,” she said.