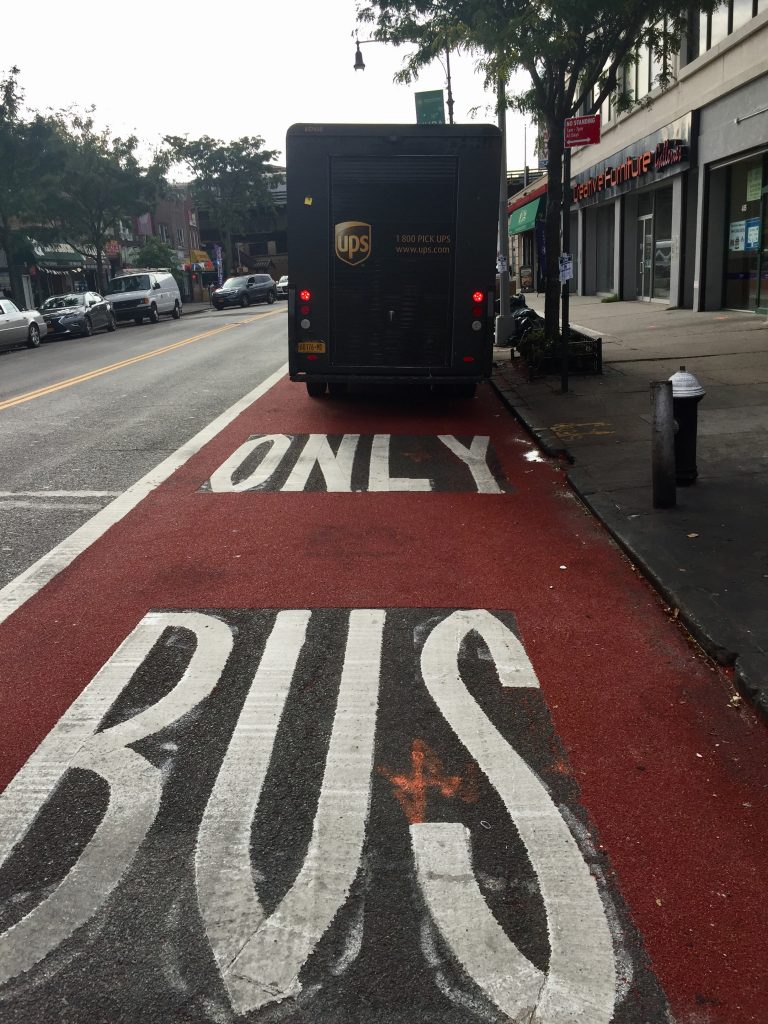 The de Blasio administration has been installing bus lanes in streets in all five boroughs, in an attempt to speed up city buses, which the mayor says move at an average of 7.4 mph, and less than 4 mph in busy commercial districts.

The mayor has set a goal to increase bus speeds by 25 percent by 2020.

“It shouldn’t be so hard to get around the greatest city in the world,” said de Blasio. “Buses are a critical link in our public transportation system, but too often they are painfully slow. I hope all New Yorkers get the message that we have to keep bus lanes clear to get people moving and to work on time.”

The bus-only lanes have in some instances met with fierce opposition, as they have eliminated traffic or parking lanes for cars in areas that are already suffering from traffic congestion and a dearth of parking spaces. Recently implemented bus lanes on Kings Highway in Brooklyn, which eliminate parking spaces on certain blocks of the thoroughfare from 7 a.m.-7 p.m., raised an outcry among many residents, business owners and politicians.