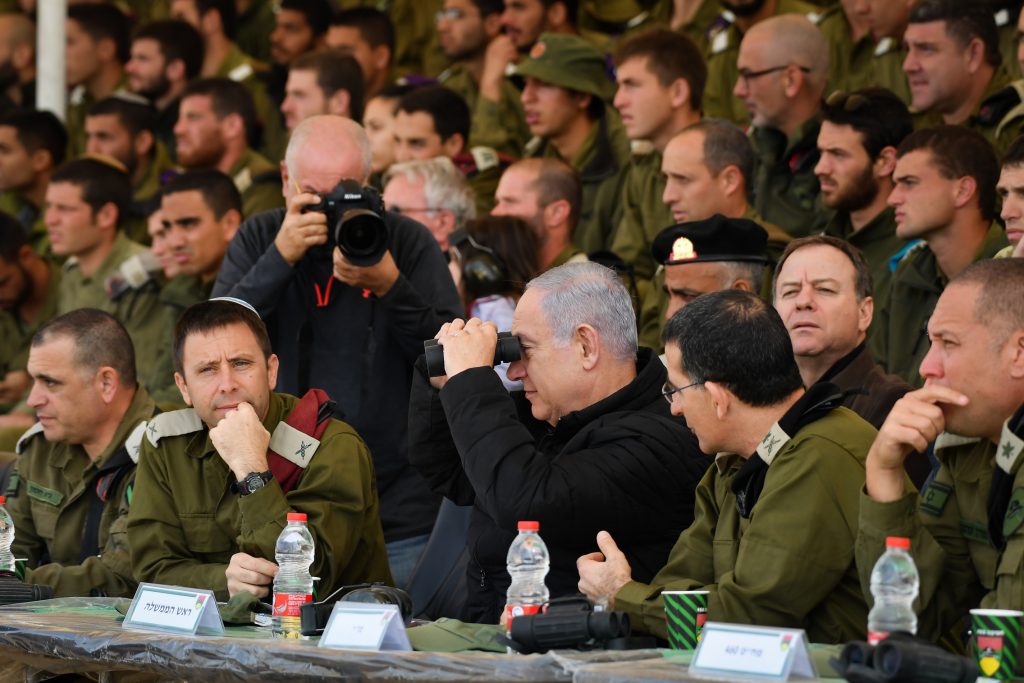 On the same day that Russia publicly rebuked Israel for air strikes on Iranian targets in Syria, Prime Minister Binyamin Netanyahu indicated that no letup is to be expected.

During a visit to Shizafon army base in the south, Netanyahu reiterated on Wednesday that Israel is “committed to fighting… the Iranian army in Syria.”

“Iran is the main enemy, and has declared its intention to destroy us with nuclear weapons, which we are committed to thwarting… But Iran is also building forces around us, and they have established a front in Lebanon through Hezbollah, and they have established a southern fortress in Gaza, which is maintained by Hamas and Islamic Jihad. And now they wish to build a third fortress in the Golan Heights, based on the establishment of the Iranian military,” the prime minister said.

Netanyahu took a stance against a multitude of Israel’s enemies on Wednesday, alerting senior Iranian General Qassem Soleimani that Israel would never stop fighting “as long as I am prime minister.”& Soleimani reportedly visited southern Syria earlier this week, triggering the Israeli strikes there.

In his dual capacity as prime minister and defense minister, Netanyahu went to the IDF base, where he observed ground forces and spoke with officer cadets conducting a combat exercise.&

The Prime Minister’s Office released a statement, saying that “as part of his learning process regarding the claims arising from the Brick report, PM Netanyahu and GOC Ground Forces Maj.-Gen. Kobi Barak watched a presentation on the ground forces’ ability to operate in conjunction with the air force.”

The defense ministry ombudsman Maj. Gen. (res.) Yitzchak Brick has issued scathing criticism of the IDF, saying that the military is not ready for war.

His criticism has met with stiff resistance from senior army officials, including a panel headed by& IDF comptroller Brig. Gen. (res.) Ilan Harari, but the concerns have not been fully allayed, hence Netanyahu’s visit.