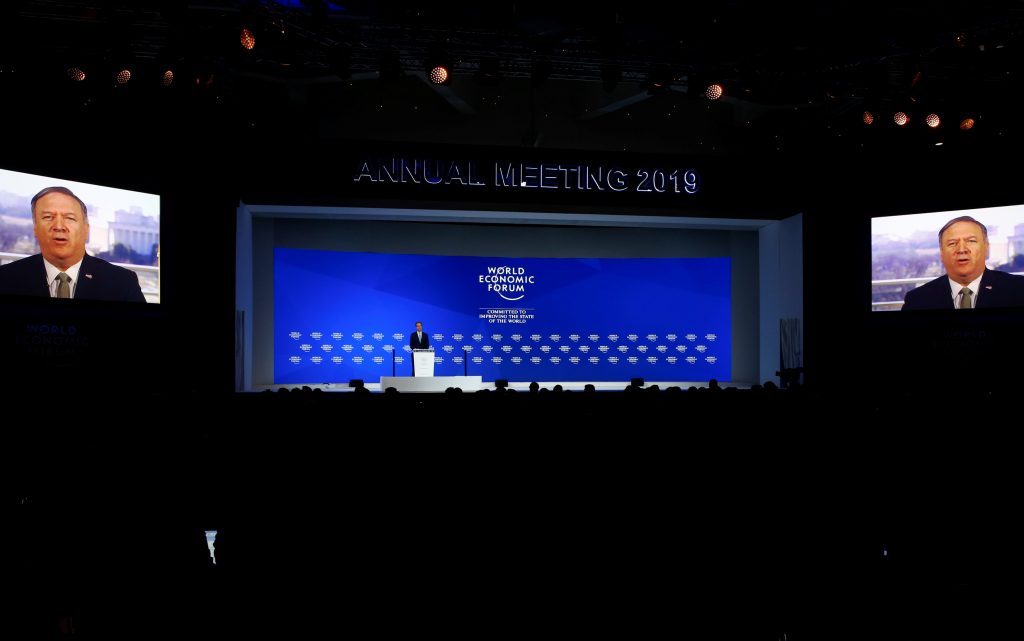 The White House has been giving previews of the Mideast peace plan to “partners in the region” as a preparation for unveiling of the proposals once the Israeli elections are over on April 9, The Jerusalem Post reported.

The disclosure came during remarks by Secretary of State Mike Pompeo to the World Economic Forum in Davos, Switzerland, on Tuesday. He spoke to the prestigious gathering by video link, due to cancellation of the planned U.S. delegation amid the federal shutdown.

Addressing the ongoing Palestinian refusal to meet with American diplomats after the U.S. embassy move to Yerushalayim, Pompeo said further that peace talks will not be “driven” by the U.S. Rather, it will be up to the Israelis and Palestinians themselves to make a go of it.

However, that didn’t mean the U.S. would have no role to play. “There are ways we can encourage them to come together,” he said.

Pompeo also repeated his claim that the Islamic State forces had been “defeated” in Iraq and Syria, despite warnings from coalition partners and resigning Trump administration officials that the terrorist group remains an organized threat.