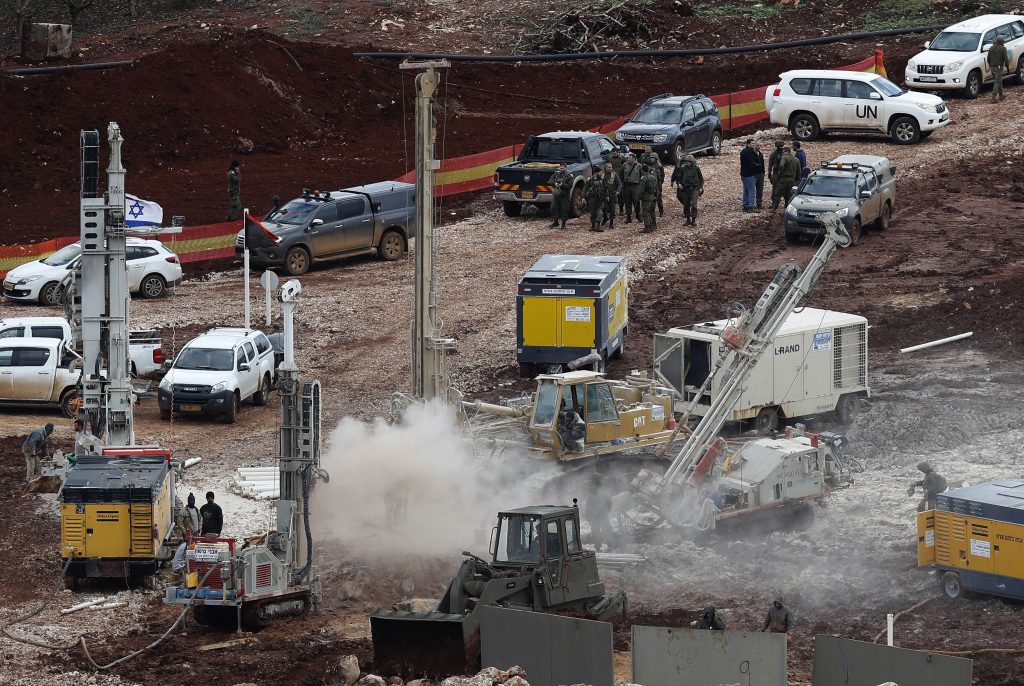 The United Nations’ envoy to the Mideast said Tuesday that peacekeepers in Lebanon have not been given access to tunnels stretching into Israel, which U.N. officials say violate a case-fire resolution that ended a devastating war between Israel and Hezbollah in 2006.

Nikolay Mladenov told the Security Council that the U.N. peacekeeping mission known as UNIFIL has confirmed that two tunnels crossed the U.N.-drawn Blue Line between Lebanon and Israel, but “has not been granted access to the confirmed entry points of a tunnel near Kfar Kila on the Lebanese side.”

He did not say whether Lebanon’s government or the Hezbollah terrorist group was blocking access for UNIFIL, but U.S. deputy ambassador Jonathan Cohen blamed the government.

Cohen accused Hezbollah, an Iranian ally, of threatening international peace and security with the extensive tunneling exposed by Israel, which has reported uncovering six tunnels into its territory.

“We commend UNIFIL’s work to keep the Blue Line under control, but it is unacceptable that the Lebanese government has not yet given UNIFIL access to the tunnel entrance on their side of the Blue Line,” Cohen told the council.

Israeli Ambassador Danny Danon complained to the council that “the Lebanese army has taken no action in response, allowing Hezbollah to continue building these tunnels undisturbed.”

Danon alleged that Iran funnels $7 billion to terrorist groups across the region, including $1 billion to Hezbollah, which he said has “grand plans to take over the Israeli Galilee” and invests millions in every tunnel. He provided no information on how Israel calculated its estimate of Iranian spending, which also included $4 billion to the Syrian government, “hundreds of millions” to Iran’s proxies in Iraq, tens of millions to Houthi Shiite rebels in Yemen, $70 million to Palestinian Islamic Jihad and $50 million to Hamas, which controls Gaza.

Mladenov noted that Lebanon has been without a government for over eight months and called on all parties to resolve their differences so the country “can address the pressing challenges it faces, including that of a struggling economy.”

Mladenov said the chance for peace opened more than 25 years ago with the Oslo accords, which were enshrined in U.N. resolutions and bilateral agreements, but has “eroded as the prospect for credible negotiations has dimmed, only to be replaced by the lack of hope and the growing risk of a one-state reality of perpetual occupation.”

He urged both sides to recommit to the principles in those agreements — that key issues can be resolved only through direct Israeli-Palestinian negotiations.