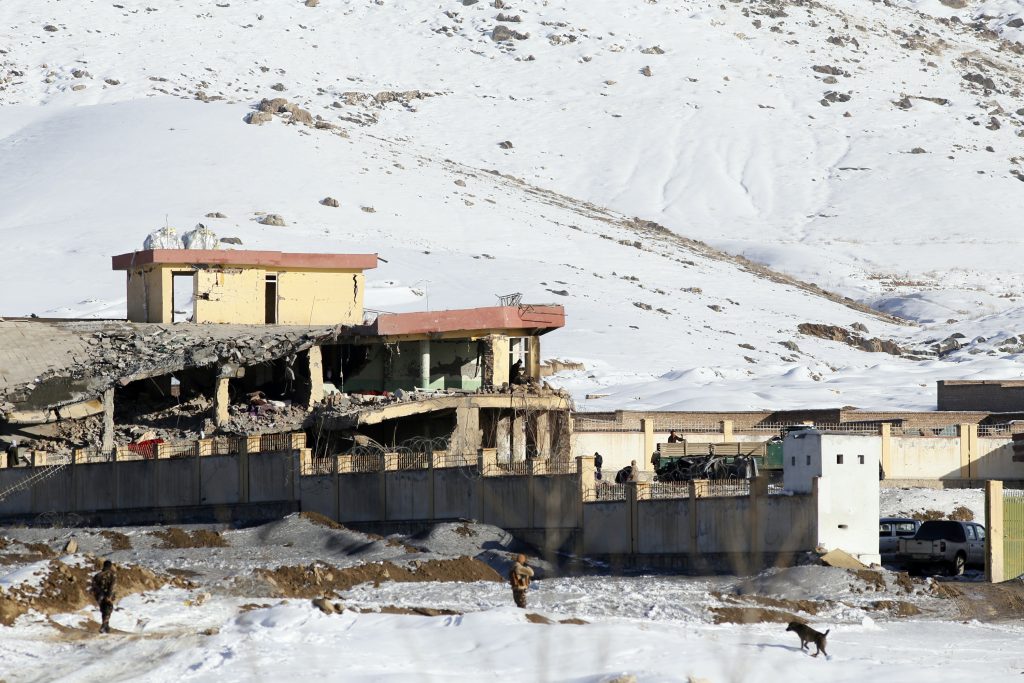 Afghanistan was reeling on Tuesday from a brazen Taliban assault on a military base in the country’s east the previous day that killed at least 45 people and wounded as many as 70, most of them military personnel, according to provincial officials.

There were fears, however, that the death toll from the daytime assault on the base, which also serves as a training center for a pro-government militia and is run by the country’s intelligence service, was even higher.

The attack began when a suicide bomber first drove a Humvee into the base in eastern Maidan Wardak Province and detonated his load as he rammed the vehicle into the main building there, according to Khawanin Sultani, a council member.

The building collapsed from the explosion, which likely contributed to the high casualty numbers.

The Taliban, who promptly claimed responsibility in a statement to the media just hours after the attack, later said in a separate statement that they had met again on Monday with U.S. representatives to discuss “ending the invasion of Afghanistan” in talks that would continue on Tuesday. They are meeting in Qatar, where the Taliban have a political office.

The simultaneous events — the deadly attack, one of the worst Taliban assaults on Afghan forces in recent years — and the Qatar meeting that was meant to pave way for peace talks aimed at resolving Afghanistan’s 17-year war, underscored the audacity of the terrorists in the face of stepped-up U.S. peace efforts.

The Taliban, who now hold sway in almost half of Afghanistan, carry out attacks on a daily basis, mainly targeting the country’s beleaguered security forces.

The base that was hit is located on the outskirts of Maidan Shar, the provincial capital, about 25 miles from Kabul. Sultani said that after the Taliban bombing, four other attackers engaged in a shootout with Afghan troops and that all the attackers were killed.

“The main building inside the base collapsed and most of the bodies were under the destroyed building,” he said.

A provincial security official, who spoke on condition of anonymity because he was not authorized to talk to the media, told the AP that he personally counted as many as 75 dead bodies at the base.

Dozens of ambulances took the wounded to the main provincial hospital as well as to Kabul for further treatment, he said, adding that there were fears the death toll would keep rising. The blast was so strong that even in houses distant from the base the windows of civilian homes were shattered, he said.

There were no official statements from the government in Kabul and it was not known how many of the dead were members of the militia in training and how many were military and intelligence officers and instructors.

The Taliban statement on Monday said they had met with U.S. representatives to discuss “ending the invasion of Afghanistan” in talks that would continue on Tuesday in Qatar.

Last week, the Taliban threatened to walk away from the talks, accusing Washington of seeking to “expand the agenda” — presumably a reference to American demands that the insurgents hold direct talks with the Kabul government.

The Taliban view the Afghan government as a U.S. puppet and have long insisted they will negotiate directly only with Washington.