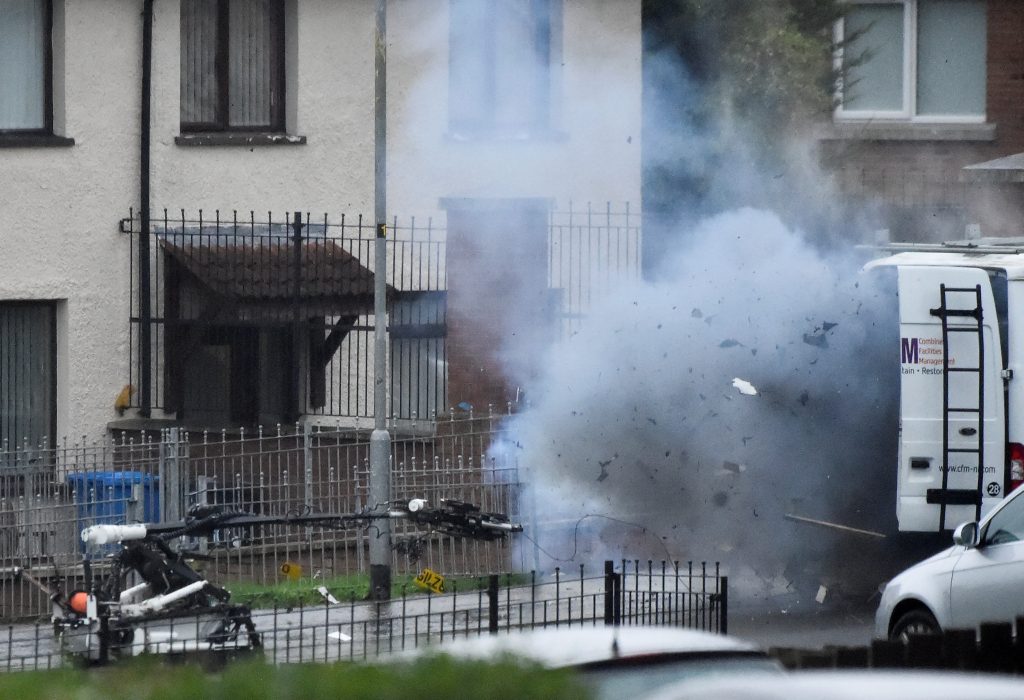 Army bomb-disposal experts in Northern Ireland carried out a controlled explosion on a hijacked vehicle Monday amid heightened tensions in Londonderry following a weekend explosion outside a courthouse.

Police suspect Irish Republican Army dissidents were behind the explosion Saturday in the city — also known as Derry — that took place after attackers hijacked a pizza delivery vehicle. No one was injured in the blast, which shook the center of Northern Ireland’s second-largest city.

Five men have been arrested.

One of the two vehicles was later blown up Monday.

“We understand the effect this will have on the local community, but we will not take any chances when it comes to keeping people safe,” he said.

More than 3,700 people died during decades of violence before Northern Ireland’s 1998 peace accord. Most militants have renounced violence, but small groups of IRA dissidents have carried out occasional bombings and shootings.

She said there was no plan to change the official terrorism threat level in Northern Ireland, which stands at “severe,” the second-highest level on a five-rung scale.

Northern Ireland’s power-sharing government has been suspended for two years because of a dispute between the main Protestant and Catholic political parties. Uncertainty about the future of the Irish border after Brexit is adding to tensions.