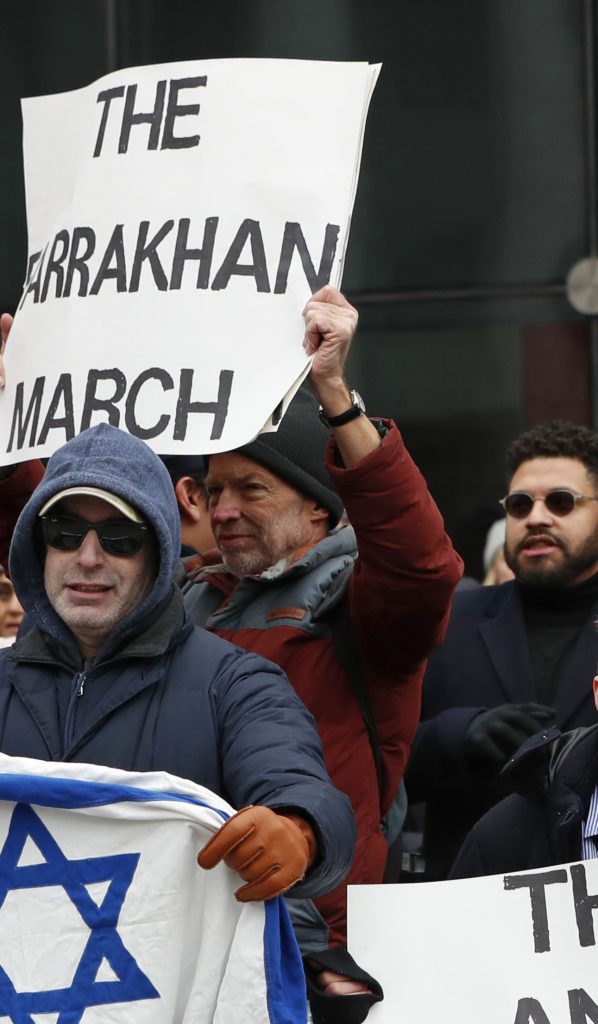 A group holding up signs protested the anti-Semitism that pervades the Women’s March, which led to the Democratic National Committee pulling its sponsorship, on Saturday in New York City, with one protester co-opting the podium to declare the movement’s backers “the real Nazi march.”

Political activist Laura Loomer, 25, interrupted Women’s March NYC director Agunda Okeyo as she was making opening remarks at the rally near a cluster of courthouses in lower Manhattan.

“The women’s march does not represent Jewish people. The women’s march is the real Nazi march,” Loomer said. She called out several times as security ushered her from the stage: “What about the Jews?”

Meanwhile, a competing march, organized by the Women’s March Alliance, was held around Central Park and down Sixth Avenue. The second group was formed after the group’s co-founders, including Linda Sarsour and Tamika Mallory, refused to step down after praising Louis Farrakhan and making anti-Semitic remarks.

Mallory, who is black, has come under fire from Jewish groups for her support of Nation of Islam leader Louis Farrakhan, who is known for his anti-Semitic rhetoric. The criticism dates back months but got additional attention after Mallory appeared last Monday on ABC and, while disavowing Farrakhan’s language, wouldn’t condemn him when confronted by hosts Meghan McCain and Sunny Hostin.

Some Jewish groups have pulled support for Women’s March Inc. A Washington state chapter disbanded in protest. In November, Teresa Shook, the Hawaiian woman whose online post is credited with launching the original Women’s March, called on Mallory and her co-chairwomen Sarsour, Carmen Perez and Bob Bland to resign.

In an interview with The Associated Press, Sarsour claimed that the organization had merely been “delayed in our unequivocal response in denouncing anti-Semitism.” But she said it was part of the growth process in building a movement comprised of many different groups of people.