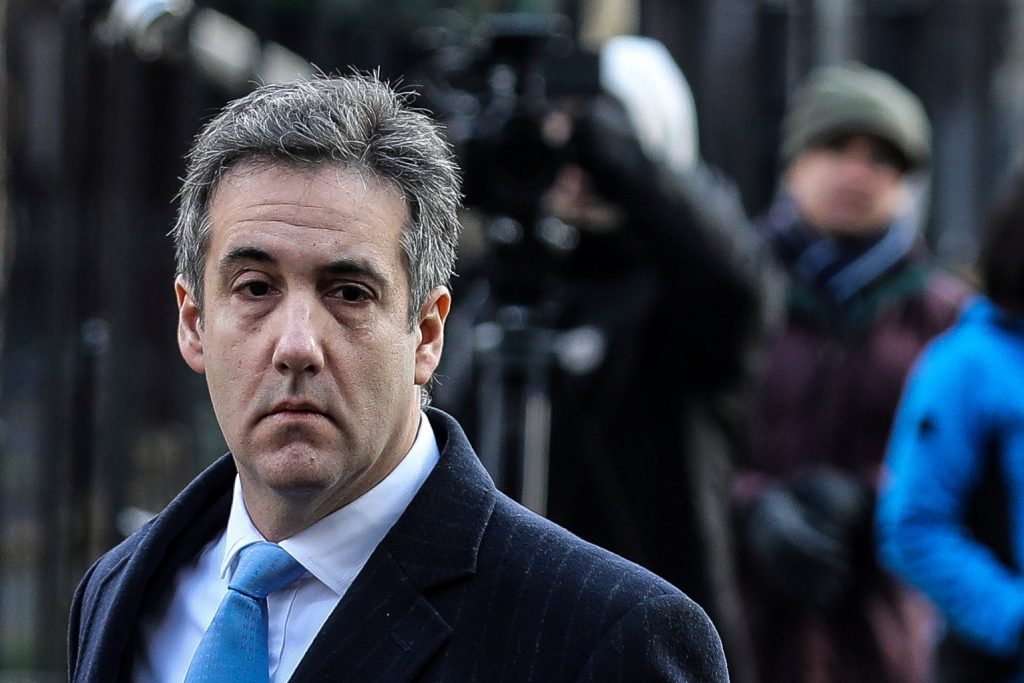 Special Counsel Robert Mueller’s office on Friday disputed key elements of a media report that President Donald Trump directed his former lawyer to lie to Congress about a Moscow real estate deal, raising questions about a story that has dominated U.S. news coverage for the past 24 hours.

BuzzFeed News reported late on Thursday that Michael Cohen, Trump’s former lawyer who is slated to go to prison for lying to Congress and other crimes, told investigators working for Mueller that Trump had instructed him to lie about efforts to build a skyscraper in Moscow while he was running for president.

“BuzzFeed’s description of specific statements to the Special Counsel’s Office, and characterization of documents and testimony obtained by this office, regarding Michael Cohen’s Congressional testimony are not accurate,” Peter Carr, a spokesman for Mueller, said in the special counsel’s first comment on a media report since its probe started 20 months ago.

While Carr did not directly address whether there was evidence that Trump directed Cohen to lie to Congress, he disputed portions of the story about how BuzzFeed corroborated the explosive allegations against Trump.

Citing information from two federal law enforcement officials, BuzzFeed said Cohen told the special counsel that after the 2016 presidential election Trump instructed him to tell Congress that negotiations over the Moscow project had ended earlier than they had in order to obscure Trump’s involvement.

Carr’s statement also appeared to dispute BuzzFeed’s assertion that the special counsel learned about Trump’s directive from interviews with employees of the Trump Organization, emails, text messages and other documents.

BuzzFeed editor-in-chief Ben Smith said in a statement: “We stand by the reporting and the sources who informed it, and we urge the Special Counsel to make clear what he’s disputing.”

After the BuzzFeed report was published on Thursday night, investigators in the U.S. Senate and House of Representatives said they planned to investigate the allegations, while some Democrats described the report as a game-changer that, if true, could be grounds for impeaching the president.

David Weinstein, a former federal prosecutor, said Mueller’s decision to comment highlighted the significance of the allegations made in the BuzzFeed article and the attention it was getting in the media and among lawmakers.

“They are making a public comment to tell everyone to calm down,” Weinstein said. “He doesn’t want people to think his silence is confirming the truthfulness of the report.”

Trump said on Twitter that Cohen was lying to get less prison time. Trump’s lawyer, Rudy Giuliani, said in a statement that any suggestion that Trump told Cohen to lie is “categorically false.”

Representatives for the Trump Organization did not respond to a request for comment on the BuzzFeed report.

Cohen, who once said he was so loyal to Trump that he would “take a bullet” for him, is scheduled to begin a three-year prison sentence in March after pleading guilty to charges including campaign finance violations, tax evasion and lying to Congress.

If Trump did tell Cohen to lie, that would constitute criminal activity, said House Judiciary Committee Chairman Jerrold Nadler, a Democrat. He added that he would look into the matter.

“Directing a subordinate to lie to Congress is a federal crime,” Nadler said on Twitter.

House Intelligence Committee Chairman Adam Schiff said the allegation that Trump may have directed Cohen to lie under oath “is among the most serious to date.”

“We will do what’s necessary to find out if it’s true,” Schiff, also a Democrat, said on Twitter.

Some Senate Intelligence Committee investigators hope to ask Cohen about the BuzzFeed report when he testifies behind closed doors in February, a committee source told Reuters. He also will face questions about it in testimony before the House Oversight Committee on Feb. 7.

Yet Mueller’s move to push back on the BuzzFeed report could give some lawmakers pause, while also giving ammunition to allies of Trump in their efforts to criticize the media and in their calls for Mueller to complete his probe.

“Today’s development only underscores the need for the special counsel to wrap this investigation up immediately,” Republican Representative Mark Meadows said on Twittter. “The constant secrecy and breathless speculation helps no one.”

Legal experts said the allegation, if true, exposed Trump to a new level of risk in an investigation that has already resulted in convictions of, or guilty pleas from four former campaign aides, including ex-campaign chairman Paul Manafort.

Cohen, his left arm in a sling, did not comment as he entered his apartment building in New York on Friday. His adviser, Lanny Davis, also declined to comment to Reuters, and his lawyer, Guy Petrillo, did not respond to a request for comment.

Trump denounced Cohen as a “rat” after he began cooperating with investigators while Cohen, said on Thursday he regretted giving “my blind loyalty to a man who doesn’t deserve it.”

Directing or encouraging someone to lie under oath is a crime known as subornation of perjury. The report also raises questions about obstruction of justice and conspiracy.

William Barr, Trump’s nominee to be attorney general, said at his confirmation hearing on Tuesday that a president would be committing obstruction if he directed a subordinate to lie under oath. A Justice Department spokeswoman declined to comment.

While the Justice Department has previously concluded that a sitting president cannot be charged while in office, such an allegation, if found true, could fuel impeachment proceedings in Congress.

Trump repeatedly has denied collusion with Russia and slammed Mueller’s investigation as a “witch hunt.” Russia also has rejected U.S. intelligence findings that Moscow interfered in U.S. politics in the 2016 election in an effort to boost Trump.

Trump said during the presidential campaign that he had no ties or business dealings with Russia.

Democrats, who took over the U.S. House of Representatives this month, have generally been cautious regarding any talk of impeachment to remove Trump from office although some rank-and-file members have pushed for such a resolution.

Impeachment proceedings would face an uphill battle in the Senate, where Trump’s fellow Republicans have a majority.

A spokesman for Abbe Lowell, a lawyer for Ivanka Trump, said she was minimally involved in the development. Trump Jr., who has also testified previously before Congress, in a Twitter post called the BuzzFeed report “fake news.”

After Mueller’s statement disputing the report, Trump Jr. called out the media and Schiff in a series of Twitter posts.

President Trump said he was grateful to Special Counsel Robert Mueller for a statement disputing a BuzzFeed News report that he directed his former lawyer to lie to Congress about a Moscow real estate deal.

“I appreciate the special counsel coming out with a statement last night. I think it was very appropriate that they did so,” Trump told reporters at the White House. “I think that the BuzzFeed piece was a disgrace to our country. It was a disgrace to journalism.”