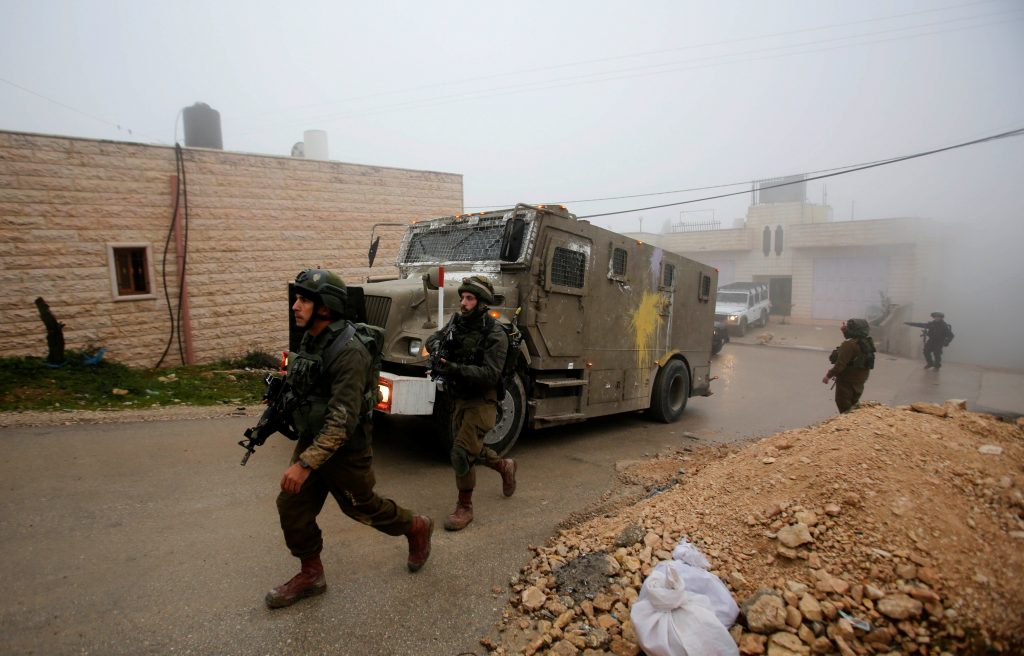 Security forces on Friday morning demolished a portion of the home of the family Halil Jabarin, the Arab terrorist who murdered Ari Fuld, Hy”d, in September. Fuld, 40, a father of four, was murdered at the entrance to a shopping center at the Gush Etzion Junction. Jabarin, stabbed Fuld in the chest, wounding him critically. Fuld managed to shoot Jabarin before falling to the ground. Jabarin was eliminated when another Israeli shot at him. Fuld was then taken to hospital in Yerushalayim, where he passed away a short time later.

The family’s home is in the Arab town of Yatta in the southern Chevron Hills, a village that has been a source for numerous terrorists. According to the demolition order, only one of the building’s three stories will be demolished. Arabs rioted as soldiers closed off the area around the home, throwing stones and bricks at soldiers.

A report on Channel 20 said that Jabarin’s parents had contacted Palestinian Authority police to warn them that their son was planning to commit a terror attack. Jabarin did not have a record of previous arrests for security violations.

Paying a shivah call to the Fuld family, Prime Minister Binyamin Netanyahu said hat he had “met the wonderful parents and siblings of the fallen hero of Israeli Ari Fuld, Hy”d. I embraced them in the name of all Israel during their time of sorrow. We live in this country today only because of heroes like Ari.”