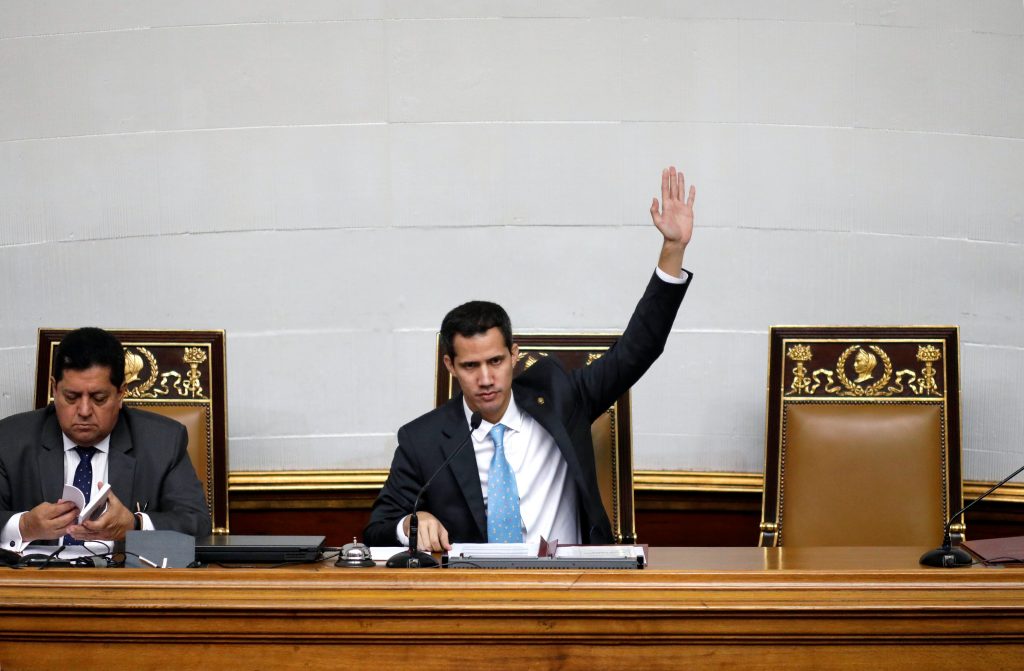 Venezuela’s opposition-run Congress on Tuesday formally declared President Nicolas Maduro a “usurper,” whose actions would be considered null and void after he was sworn in last week for a disputed second term.

Maduro was inaugurated on Jan. 10 under an avalanche of criticism that his leadership was illegitimate, following a 2018 election widely viewed as fraudulent, with countries around the world disavowing his government.

The United States and many Latin American nations say Maduro has become a dictator whose failed state-led policies have plunged Venezuela into its worst ever economic crisis, with no recovery in sight. Maduro says that a U.S.-directed “economic war” is trying to force him from power.

The declaration from Congress calls for a “political transition” to a new government.

“Today Congress declares that at this time there is no president of the republic,” Jorge Millan, an opposition legislator, said in a speech. “Let’s start the process to recover the constitutional order,” he said.

Congress is also due to consider a measure that would ask dozens of foreign governments to freeze bank accounts controlled by Maduro’s government, according to a draft document seen by Reuters.

Congress will request that governments instruct regulatory agencies to “prohibit any movement of liquid assets by the Venezuelan state in local bank accounts,” the document said.

The governments include the United States, European Union, and Latin American neighbors such as Chile and Brazil. The United States and EU have already imposed sanctions that limit the sale of Venezuelan government debt and freeze assets belonging to Maduro and a number of his top officials.

Asked if further sanctions could be in the pipeline, a White House spokesman said the United States was considering “all diplomatic, political, and economic tools in its arsenal in response to the usurpation of power by the illegitimate Maduro regime.”

In response to a request for comment on the CNN report, the spokesman said: “The United States has expressed its support for Juan Guaido, who as president of the democratically-elected National Assembly has courageously declared his constitutional authority to … call for free and fair elections.”

Last week, Guaido said he was willing to replace Maduro with the support of the military. Several government officials have said he should be arrested for treason and on Sunday he was briefly detained by intelligence agents.

Lawmakers are discussing a future amnesty for government officials and military officers who reject Maduro and help bring about a return to democracy.

Venezuela’s Information Ministry did not immediately respond to a request for comment on the measure.

The pro-government Supreme Court, which has been in open conflict with the legislature since the opposition took it over in 2016, has ruled that all laws that Congress passes are invalid.

Diosdado Cabello, president of the Constituent Assembly, a legislative superbody elected in 2017 that gives the ruling Socialist Party sweeping powers, said on Tuesday that the opposition in Congress were “the only ones trying to usurp power.”