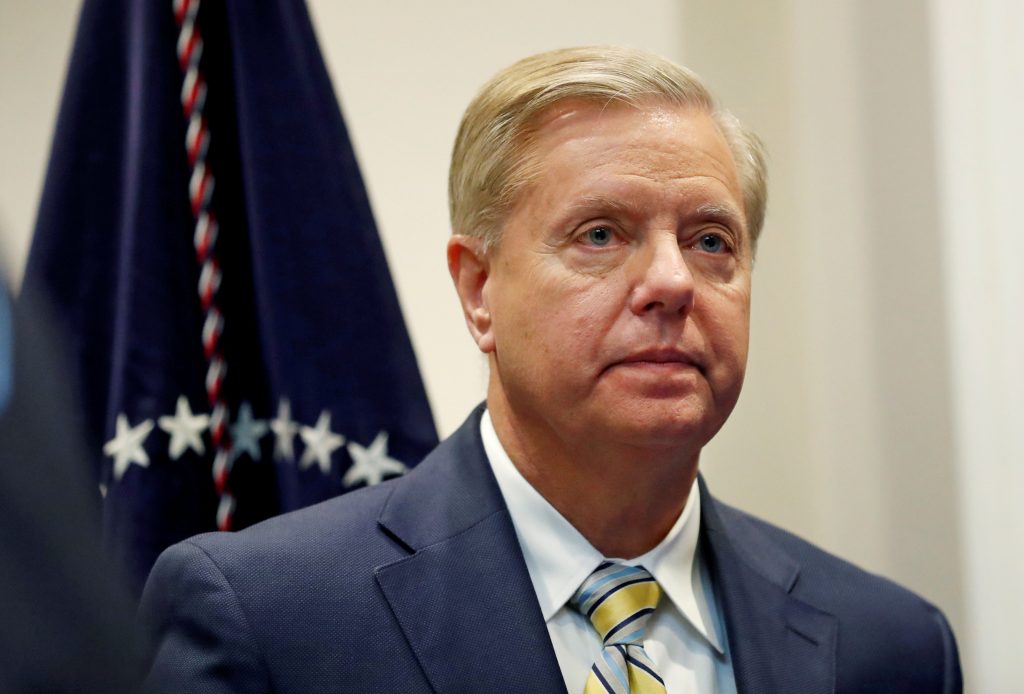 Sen. Lindsey Graham, R-S.C., said Sunday that President Donald Trump should agree to reopen the government and continue trying to hammer out a deal with Democrats on funding his long-promised border wall – but that the president should declare a national emergency if no progress is made in three weeks.

In an appearance Sunday on Fox News, Graham maintained that President Trump is not going to give up on his demand for more than $5 billion in funding for a wall along the U.S.-Mexico border.

But he argued that reopening the government and attempting to find a legislative solution, then declaring a national emergency if those talks don’t bear fruit, is the best way forward.

“I would urge him to open up the government for a short period of time, like three weeks, before he pulls the plug. See if we can get a deal. If we can’t at the end of three weeks, all bets are off. See if he can do it by himself through the emergency powers,” Graham said.

Waiting three weeks would take the negotiations past Trump’s State of the Union address later this month.

More Americans remain opposed to the idea of a border wall than support it, the poll found, although the margin has narrowed over the past year.

Trump continued making his case for the wall in Sunday morning tweets, arguing that it “will bring down the crime rate throughout the entire Country!” He again sought to blame Democrats, who he said were “everywhere but Washington as people await their pay.”

“I’m in the White House, waiting,” Trump said, accusing Democrats of “having fun and not even talking!”

Trump also suggested that he is open to including protections for “dreamers,” who were brought to the country illegally as children, as part of a deal. Last week, Trump said he planned to wait until the Supreme Court rules on the matter before seeking to negotiate with Democrats on it.

“Democrats are saying that [protecting Dreamrs] is not worth it and don’t want to include in talks,” Trump said. “Many Hispanics will be coming over to the Republican side, watch!”

As pressure to end the shutdown continues to mount, some Republicans on Sunday urged Trump to continue negotiating with Democrats rather than seek to declare a national emergency.

Sen. Ron Johnson, R-Wis., said on CNN that he would “hate to see” Trump declare a national emergency to end to his administration’s stalemate with Democrats over a border wall.

“If we do that, it will go to court and the wall won’t get built,” Johnson said. “I want to see this wall get built, so I want to keep pressure on Democrats to actually come to the negotiating table in good faith and fund what they’ve supported in the past.”

Johnson also accused Democrats of minimizing what he called a “crisis” at a border.

“The easiest solution to the shutdown is to just give President Trump the money for the mandate he received from the American public,” he said. “As a candidate, this is what he talked about, and if there’s any mandate he can claim from his election, it was better border security and keeping this nation safe.”

As Democrats and the White House continue to negotiate, Sen. Christopher Coons, D-Del., questioned Sunday on Fox News why Senate Majority Leader Mitch McConnell, R-Ky., has not taken a more active role. While McConnell has been part of the process, he was not present outside the White House last week after talks between President Trump and congressional leaders collapsed.

“Why is Mitch McConnell completely absent from these negotiations?” Coons asked.

Coons also took aim at Trump’s abruptly shifting positions as the shutdown has dragged on.