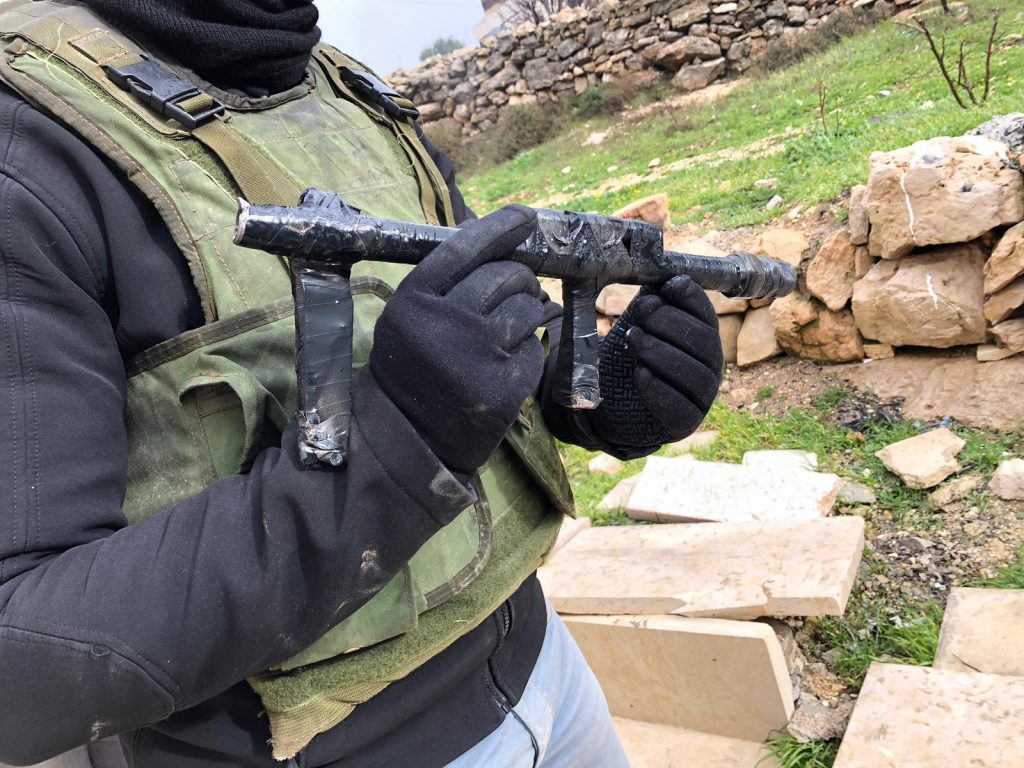 An Arab terror cell responsible for a shooting attack in Migdal Oz in Gush Etzion last Motzoei Shabbos has been captured, news that the IDF cleared for publication Friday morning.

In the attack, terrorists climbed onto the roof of a building in the village of Beit Fajjar, south of Beit Lechem, and fired at homes in the nearby town of Migdal Oz.

No injuries or damage was reported in the attack.

The IDF said that over the last week, IDF troops conducted a series of arrests in the area of the Etzion Regional Brigade, while Israel Police and Shin Bet forces simultaneously investigated the shooting attack. These efforts ultimately led to the arrest of the terror squad. The forces also seized the weapons used in the shooting attack.

“I identified a number of suspects climbing up on the roof on the outskirts of the village,” said Cpl. Zamanay Tagnye, who spotted the suspects.

“A short while after, I realized that they were holding weapons. I continued to monitor them and directed the troops to the scene.”