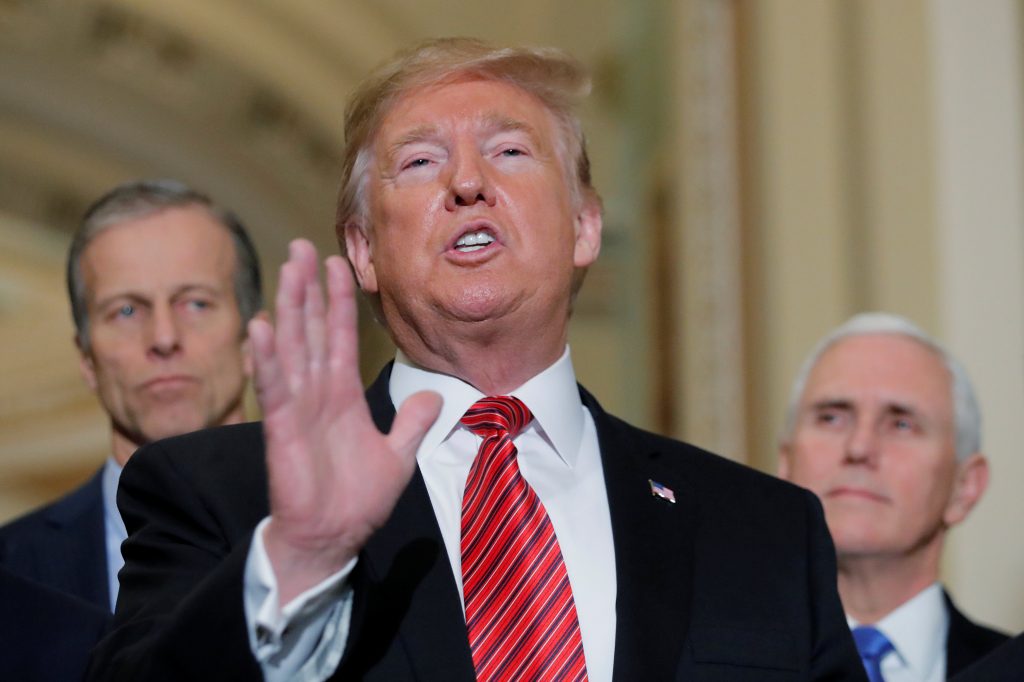 President Donald Trump walked out of a meeting with Democratic lawmakers after they told him they would not fund his proposed wall along the U.S. southern border, Senate Democratic leader Chuck Schumer said on Wednesday.

“He asked (House) Speaker (Nancy) Pelosi, ‘Will you agree to my wall?’ She said no. And he just got up and said, ‘Then we have nothing to discuss,’ and he just walked out. Again, we saw a temper tantrum because he couldn’t get his way,” Schumer told reporters outside the White House.

President Trump said his meeting with Democratic congressional leaders seeking to end the partial government shutdown was a “total waste of time.”

“I asked what is going to happen in 30 days if I quickly open things up, are you going to approve Border Security which includes a Wall or Steel Barrier? Nancy said, NO. I said bye-bye, nothing else works!” Trump wrote on Twitter.

The White House Office of Management and Budget said President Trump’s advisers would recommend he use a veto if he is presented with four spending bills while there is no agreement on border security.

“Moving these four bills without a broader agreement to address the border crisis is unacceptable,” the office said in a statement on the 19th day of a partial government shutdown triggered by disagreement over the Republican president’s demand for funds to build a wall along the U.S. border with Mexico.

Vice President Mike Pence says Democrats were “unwilling to even negotiate” an end to the partial government shutdown and the standoff over President Donald Trump’s desire for a border barrier.

Pence spoke outside the West Wing after a contentious meeting Wednesday between Trump and congressional leaders.

Pence said, “I think the president made his position very clear today that there will be no deal without a wall.”

Senate Democratic leader Chuck Schumer said Trump had a “temper tantrum.” Pence says of the president, “I don’t recall him ever raising his voice.”