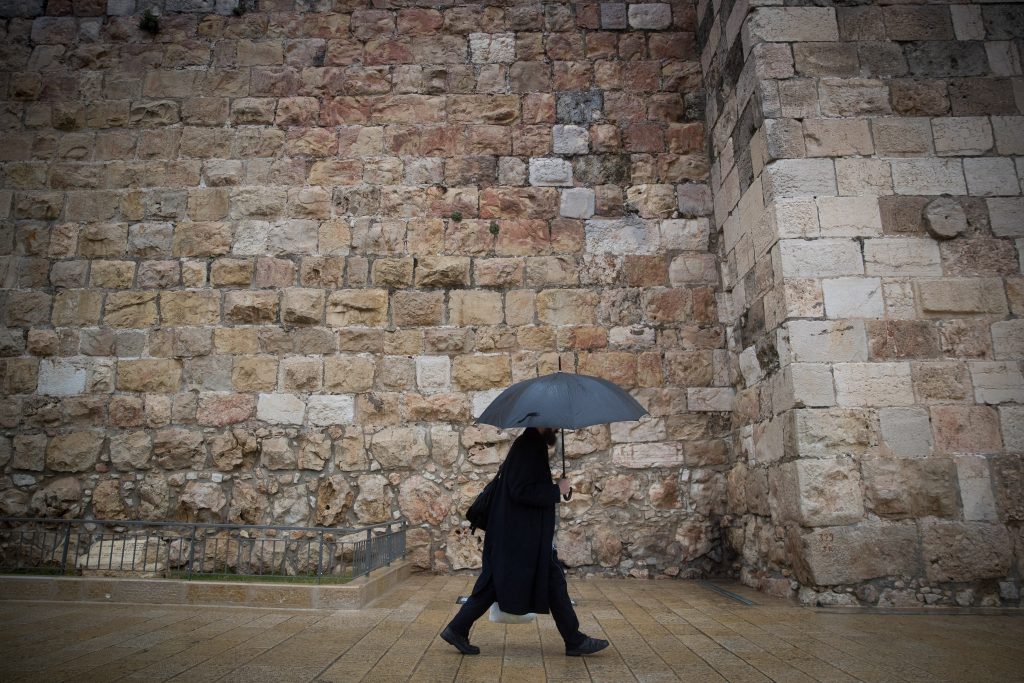 This year’s big rains are giving the Kinneret and other water sources in the north a needed lift after a series of drought years.

Lake Kinneret measured a rise of 15 centimeters (5.9 inches) over the past 48 hours, according to the Kinneret and Rivers Drainage Authority, quoted by Globes. The Kinneret’s surface is now 214.29 centimeters (84.4 inches) below sea level but still has a shortfall of 5.49 yards below its full level.

The lake is expected to continue rising during the next few days as water flows into it from the surrounding region.

This week’s heavy rainfall added to one of the rainiest Decembers in the past 30 years. All regions of central and northern Israel have already registered 60 to 80 percent of their annual average precipitation.

Rainfall in the south has been significantly below the annual average, thus reversing the trend of recent years, in which rain has fallen more in the south than in the north.

On Mount Hermon, there was almost 3 feet of snow, so that managers of the ski slope had to close the area through Thursday in order to clear away excess snow so they could open for the first time this season.

The forecast is for rain tapering off on Wednesday and milder weather through to Sunday, when another bout of heavy rainfall is predicted.