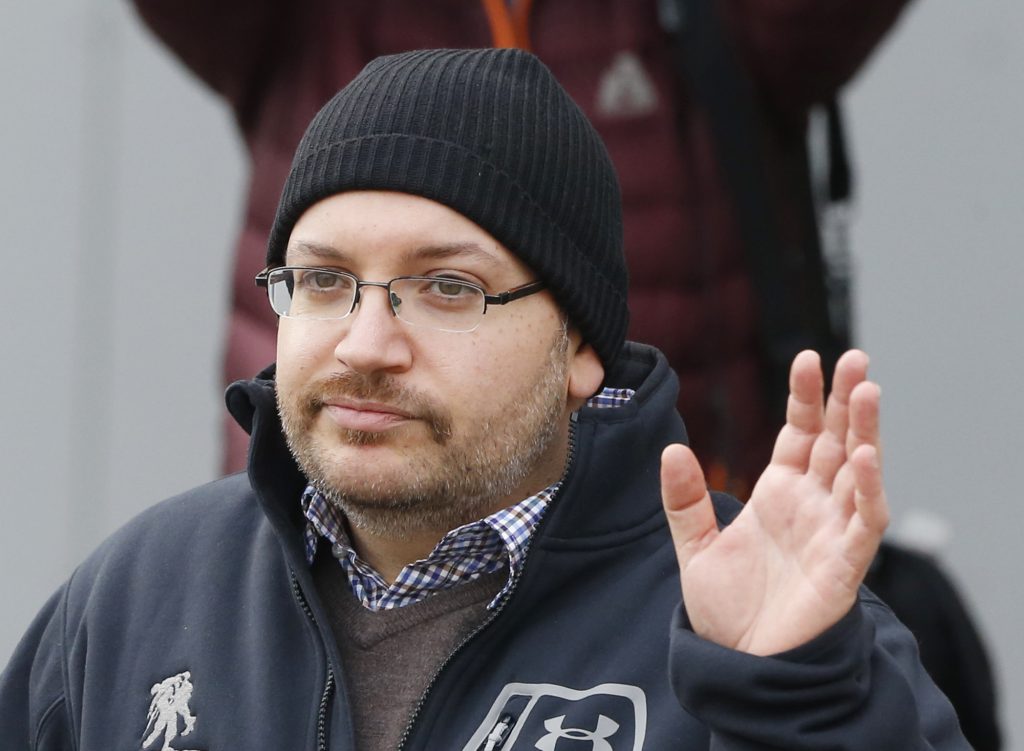 Three years after his release from a Tehran prison, Washington Post journalist Jason Rezaian is set to testify in federal court Tuesday that he was taken hostage and psychologically tortured by the Iranian government to extract U.S. concessions before the 2016 implementation of a historic pact limiting Iran’s nuclear program.

Rezaian, 43, and family members are expected to take the witness stand and provide the most detailed public accounting yet of his 18 months in captivity from 2014 to 2016, and the two-month imprisonment of his wife, Yeganeh Salehi.

Rezaian was The Washington Post’s correspondent in Tehran from 2012 to 2016 and is now a writer for its Global Opinions section.

His federal lawsuit seeks millions of dollars in damages from Iran and alleges that he was targeted for arrest to “extort” the U.S. government in the multinational talks and told by Iranian officials that he and his wife had “value” for a prisoner swap.

U.S. District Judge Richard Leon of Washington, D.C., scheduled up to two days of testimony by Rezaian, his brother, Ali Rezaian, their mother, Mary Rezaian, doctors and other experts documenting injuries and other effects during and after the correspondent’s arrest, trial and conviction in Iran on espionage and related charges.

Ultimately, Rezaian was freed in a prisoner swap completed the day the nuclear accord was implemented on Jan. 16, 2016, along with Christian pastor Saeed Abedini and U.S. Marine Corps veteran Amir Mirza Hekmati. They were released in exchange for U.S. grants of clemency to seven Iranians charged or imprisoned for sanctions violations.

“For 544 days, Jason suffered such physical mistreatment and severe psychological abuse in Evin Prison that he will never be the same,” the suit alleged. “He will require specialized medical and other treatment for the rest of his life.”

Iran has not responded to the lawsuit, filed in October 2016. In June 2017, the Rezaians asked the court to enter a default judgment and monetary penalties.

Iran’s permanent mission to the United Nations in New York did not respond to requests for a comment on the court hearing to establish liability and damages.

Salehi is not a plaintiff in the case.

The Rezaian lawsuit is the latest attempt by Americans to have the U.S. justice system provide compensation for harms inflicted by the Iranian government – in particular, by the powerful and hard-line Revolutionary Guard Corps, which is named as a co-defendant in the suit.

The lawsuit was brought under a “terrorism exception” to the Foreign Sovereign Immunities Act.

That law generally bars U.S. citizens from suing foreign governments in domestic courts except for circumstances including cases of terrorist acts, torture or hostage-taking by state sponsors of terrorism as designated by the State Department. Iran is on the department’s list and engaged in all three activities, the Rezaian lawsuit contends.

In a number of suits brought against it over the years, Iran has not responded, resulting in default judgments totaling about $46 billion for terrorism victims since 1996, the Congressional Research Service reported last year.

But collecting has been difficult.

In 2016, the Supreme Court upheld a law allowing American victims of terrorism and their families to collect almost $2 billion in seized Iranian assets in a case that involved relatives of people killed or injured in the 1983 bombing of a U.S. Marine Corps barracks in Beirut. Iran labeled the decision “confiscation” and “theft.”

The funds to pay out in that case belong to Iran’s central bank and were frozen in the New York account of a Luxembourg-based securities firm in 2008. Litigation over another $1.7 billion linked to the securities firm is pending before the high court.

Victims who have won judgments are also pursuing an estimated $1 billion in frozen real estate assets traced to Iran’s Bank Melli, including interests in a 36-story office building in New York City and other properties in five states, according to the Congressional Research Service.

Another source of compensation for victims with court judgments is the U.S. Victims of State Sponsored Terrorism Fund, approved by Congress in 2015 to compensate them and Americans held hostage in Iran during the takeover of the U.S. Embassy in Tehran after the 1979 revolution. The fund uses money obtained by the Justice Department from a civil penalty paid by BNP Paribas bank for violating sanctions against Iran, Cuba and Sudan, and from other terrorism fines paid by banks.

About $2.2 billion has been allocated for more than 2,000 eligible claimants in the first three years of the fund’s authorized 10-year life.

However, claims on the fund have increased sharply since its creation, notably after a federal court found 9/11 victims eligible for compensation from it.