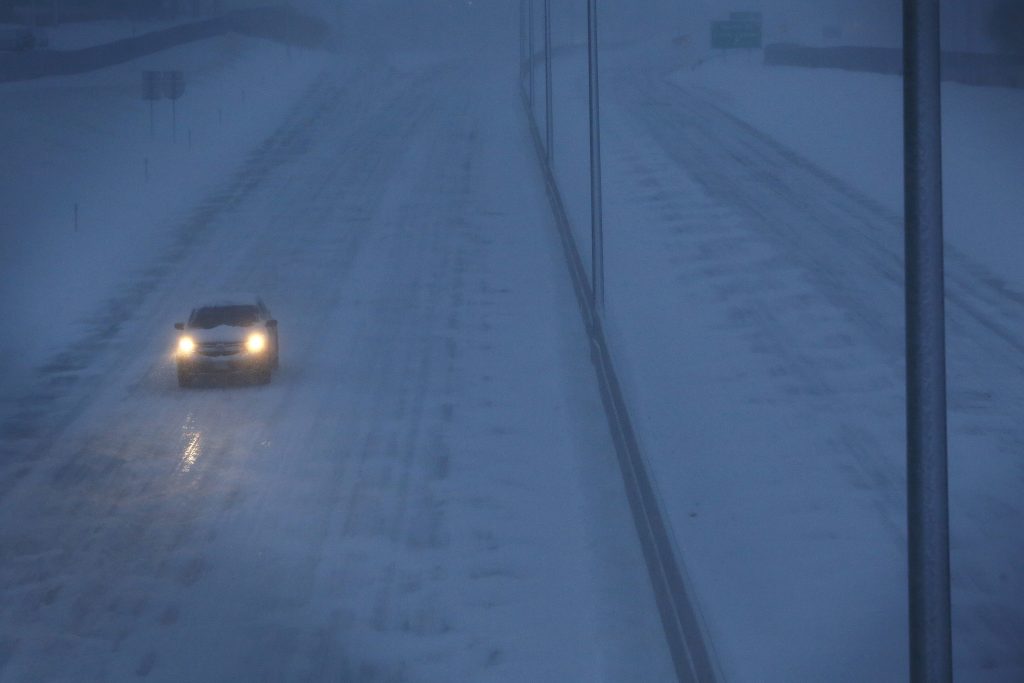 Heavy snowfall and gusty winds created blizzard-like conditions in parts of the Dakotas and Minnesota the day before the new year, causing officials to close an airport and to urge caution while driving.

Some sheriff’s deputies had reported that falling snow combined with wind gusts of 40 mph was creating near zero visibility, but those conditions were not as widespread Monday afternoon as they were earlier in the day. Snow had ended across southeastern North Dakota and west central Minnesota by early Monday afternoon, according to the National Weather Service in Grand Forks, North Dakota.

A blizzard warning was posted for southeastern North Dakota, west central Minnesota and northeastern South Dakota. The snow and wind were expected to be accompanied by dangerous wind chills of 30 to 40 degrees below zero, the weather service said.

The Rapid City Regional Airport in South Dakota closed early Monday because of deteriorating weather conditions, and airport officials told travelers to contact their airline to reschedule their flight. The airport said it plans to reopen by Tuesday morning.

In North Dakota, the Department of Transportation and Highway Patrol lifted no-travel advisories for parts of northeastern and southeastern North Dakota, including Valley City, Wahpeton, Fargo, Hillsboro and Lisbon. But a travel alert remained in effect for those areas because of reduced visibility.