National FOCUS: President Trump Bragged to Military in Iraq About 10 Percent Raise They’ve Not Been Given
National 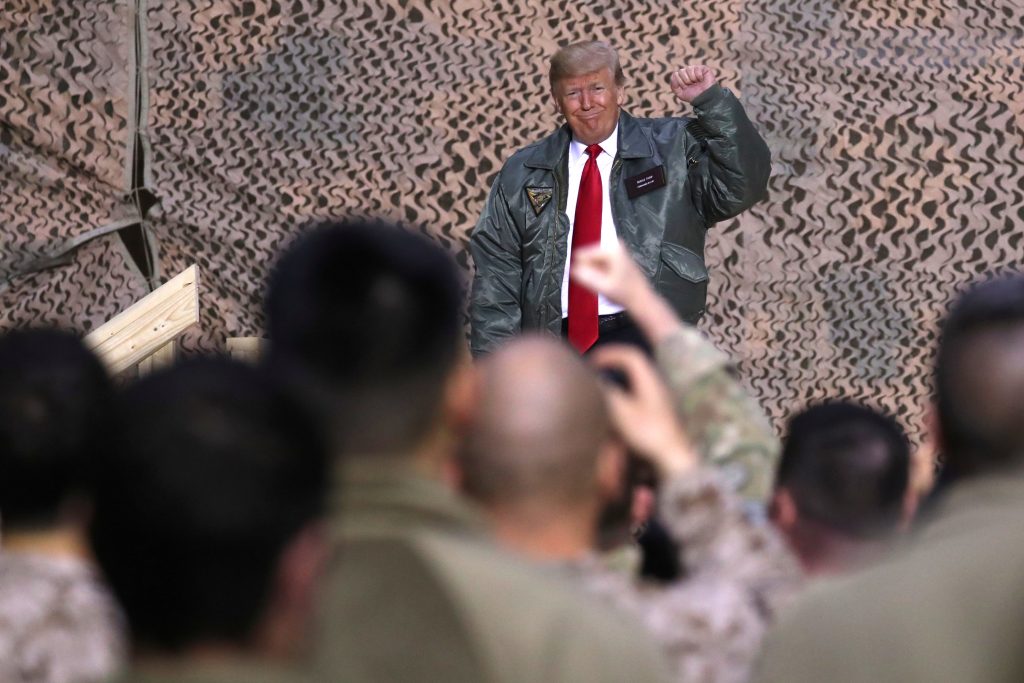 Speaking to members of the military during his surprise trip overseas this week, President Donald Trump spoke about the raises they received.

The problem with those statements? They’re not true.

As The Washington Post’s Philip Rucker and Paul Sonne reported, the pay raise Trump authorized this year amounted to 2.6 percent, not 10 percent. And the troops have received a pay raise every year for decades.

It is a falsehood Trump has repeated before. The president made similar statements in May to a gathering of military mothers and spouses.

“We just approved $700 billion for our military,” Trump said at the time. “So we’re going to be having the best equipment ever known. And next year, $716 billion. So I wanted to let you know. And, by the way – I know you don’t care about this – but that also includes raises for our military. First time in 10 years.”

Trump was wrong: According to the Department of Defense, active members of the military have received a pay increase every year since 1983.

During a speech to Naval Academy graduates a few weeks later, he made a similar false statement.

“We just got you a big pay raise. First time in 10 years,” he said. “I fought for you. That was the hardest one to get, but you never had a chance of losing.”

The raise for the military that was approved in Trump’s first year in office was 2.4 percent, for 2018. The Military Times reported that Trump’s initial pay raise proposal was for 2.1 percent, but lawmakers approved the higher 2.4 percent mark.

The 2.6 percent pay raise authorized for 2019 is the largest in the past nine years.