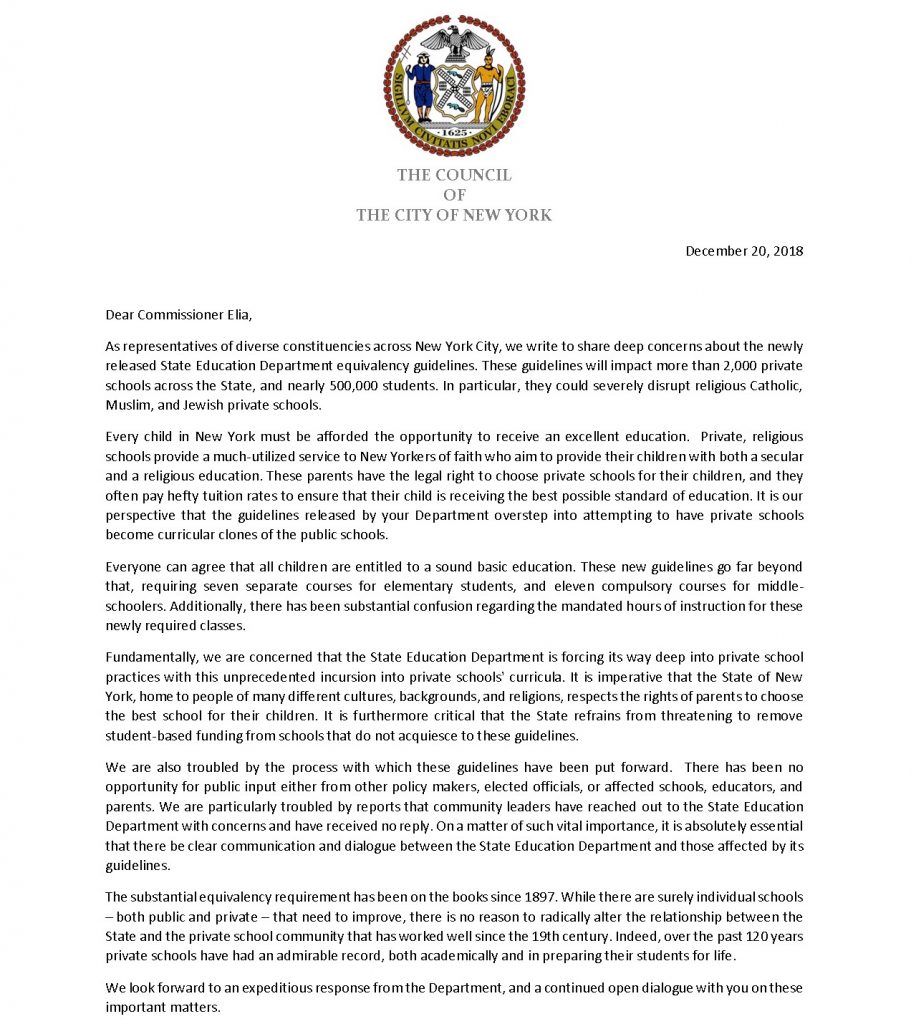 “This letter is signed by members of all faiths and who represent a diverse set of communities,” Parents for Educational and Religious Liberty in Schools (PEARLS), said in a statement. “We applaud them for standing up to tell the truth about SED’s misguided efforts. The evidence is clear that SED mishandled these guidelines, which affect the fundamental parental and religious rights of tens of thousands of families. We call upon the Commissioner to acknowledge the reality that these guidelines do not work for any sector of the private school community.”

In a statement by Agudas Yisroel, they said they appreciate and applaud “this meaningful response to the substantial equivalency guidelines by our elected city officials.” In addition,  they lauded the efforts of Councilman Deutsch “for organizing this important letter and working with Agudath Israel and community activists in collecting his colleagues’ signatures.”