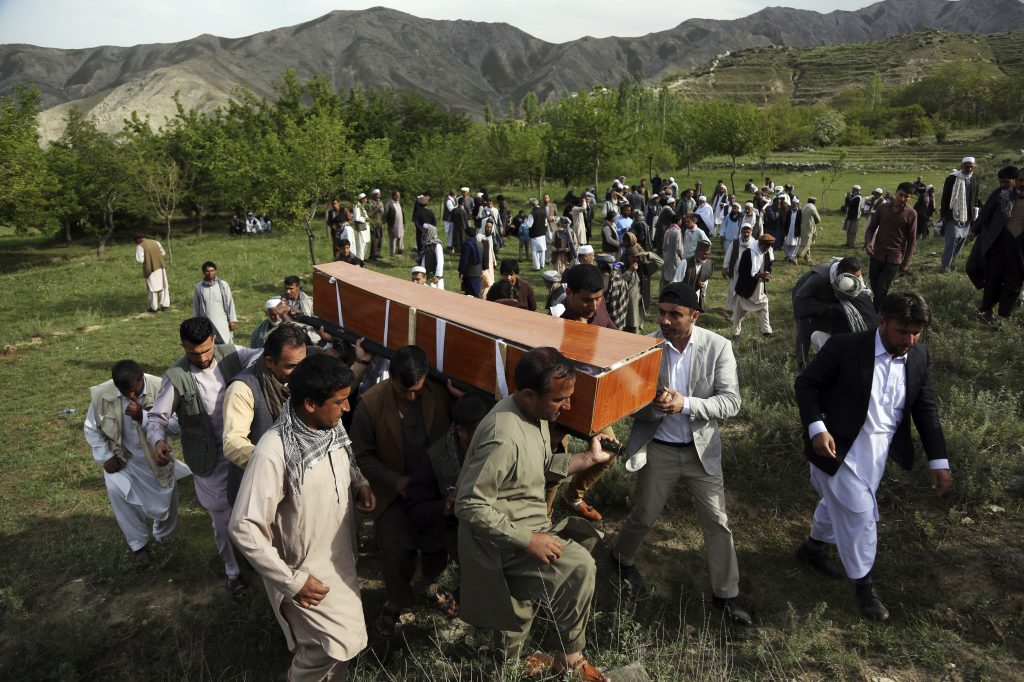 The number of journalists killed in retaliation for their work nearly doubled this year, according to a report released Wednesday by the Committee to Protect Journalists.

The New York-based organization found that at least 34 journalists were targeted and killed for their work as of Dec. 14. In all, at least 53 died while doing dangerous work. That compares with 18 retaliation killings out of 47 deaths documented by the committee in 2017.

The committee also said the imprisonment of journalists has been on the rise.

“The context for the crisis is varied and complex, and closely tied to changes in technology that have allowed more people to practice journalism even as it has made journalists expendable to the political and criminal groups who once needed the news media to spread their message,” the committee said in its annual report.

The report came a day after the media freedom group Reporters Without Borders issued its own tally, saying the U.S. was among the top five deadliest countries for journalists this year for the first time, with six people dead. Four of those were journalists killed by a gunman in a June attack on the newspaper Capital Gazette in Maryland. In addition, another two journalists died while covering a storm.

The shooting, in which another newspaper employee was also killed, was the deadliest single attack on the media in recent U.S. history.

The Paris-based group documented 63 professional journalists worldwide who died in 2018.

Both organizations investigate and verify the circumstances of every journalist death before listing it in their tallies, but they differ in what circumstances they include. For instance, Reporters Without Borders included the two journalists who died covering the storm. The committee, in addition to retaliation killings, lists journalists who have died in combat, crossfire or on other dangerous assignments.

The Committee to Protect Journalists report includes the killing of Washington Post columnist Jamal Khashoggi, a native of Saudi Arabia fiercely critical of its royal regime. His Oct. 2 death inside the Saudi consulate in Istanbul has reverberated on the global political scene amid allegations that Saudi Crown Prince Mohammed bin Salman was involved.

Khashoggi lived in self-imposed exile in the United States, and had gone to the Saudi consulate to formalize his divorce. He was strangled and dismembered — allegedly by Saudi agents.

Saudi Arabia denies Prince Mohammed was involved, but the kingdom did acknowledge after international pressure that the plot was masterminded by Saudi agents close to the prince.

Time magazine last week recognized jailed and killed journalists as its “person of the year,” including Khashoggi, Maria Ressa imprisoned in the Philippines, Wa Lone and Kyaw Soe Oo imprisoned in Myanmar, and staff at the Capital Gazette.

The deadliest country for journalists this year has been Afghanistan, the committee found. Thirteen journalists were killed there, some in back-to-back blasts staged by suicide bombers and claimed by the terrorist Islamic State group.

In Syria and Yemen, two of the worst civil-war decimated countries, the fewest journalists were killed since 2011. Three died in Yemen, and in Syria, the committee recorded nine deaths compared to a high of 31 in 2012. However, the drop may be due to limited access or extreme risks that discourage media visits, the committee said.