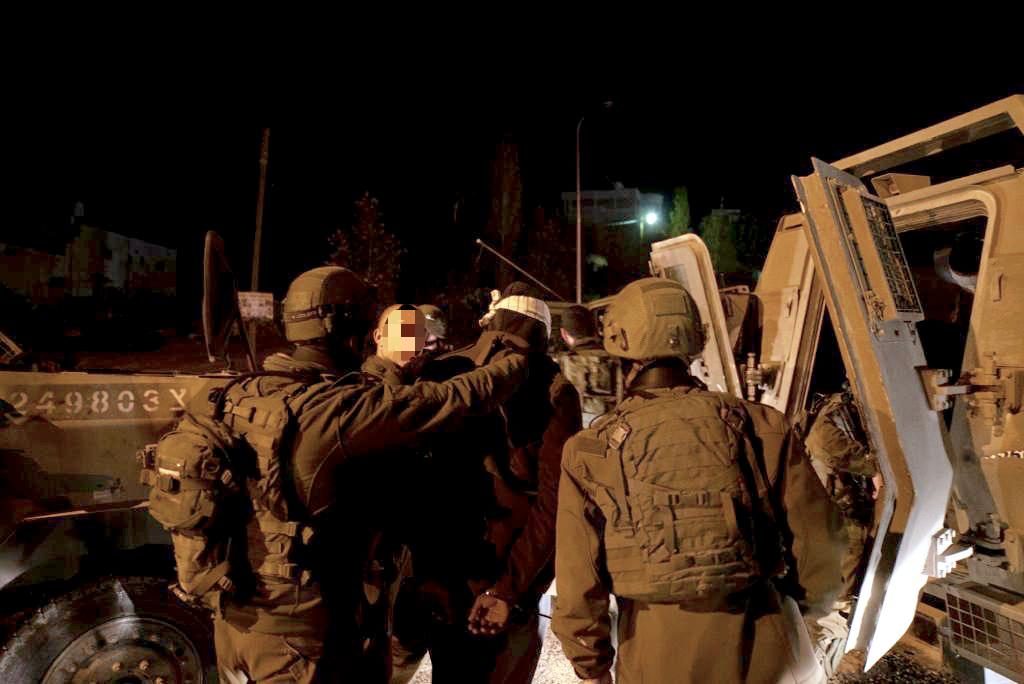 Israeli soldiers spent an intensive night overnight Thursday searching for the terrorist who carried out the shooting attack near Givat Assaf Thursday. IDF soldiers conducted raids on homes and businesses of suspects in Ramallah, where they operated throughout the night, as well as in the nearby villages. A total of 40 terrorist suspects were arrested by IDF soldiers overnight Thursday.

The levayos for the two soldiers murdered in the attack Thursday – Yuval Mor-Yosef, Hy”d, and Yosef Cohen, Hy”d – will take place Friday.

A third soldier was still in the hospital in serious condition, but had improved overnight, doctors said.

The fourth victim, a woman in her 20s, was much improved and was conscious Friday morning, doctors said. Security officials said that they believe the terrorist may have stolen one of the weapons carried by the soldiers.

The two soldiers were killed when a terrorist in a vehicle arrived at a bus stop near Givat Assaf, a community in the Binyamin region near Beit El, and opened fire at people standing at the stop. He then got back in the car, which sped off toward Ramallah.

A full blockade was imposed on Ramallah, “the first time this has happened in many years,” Kan News said. Security officials said that IDF forces had entered villages next to Ramallah as they searched for the perpetrators.

Road 60 was also the site of the shooting attack Sunday near Ofra, north of Beit El along the same highway. Salach Barghouti, one of the terrorists who carried out that attack, was shot and killed overnight Wednesday by Israeli forces.

In a press conference Thursday, an IDF spokesperson said that the army was still searching for members of the gang that carried out the shooting, in order to prevent further attacks.

Security officials quoted Friday in Haaretz said that it appeared that Barghouti had been a leader of the gang, and that he had planned a series of terror attacks, of which Thursday’s was one. The officials said that the gang appeared well organized, and there was concern that it would strike again soon. Barghouti was previously known to security officials; he is the son of Omar al-Barghouti, a leader of Hamas terror cells in Yehuda and Shomron who has been in Israeli prisons for a total of 28 years for crimes including attempted kidnapping of soldiers.