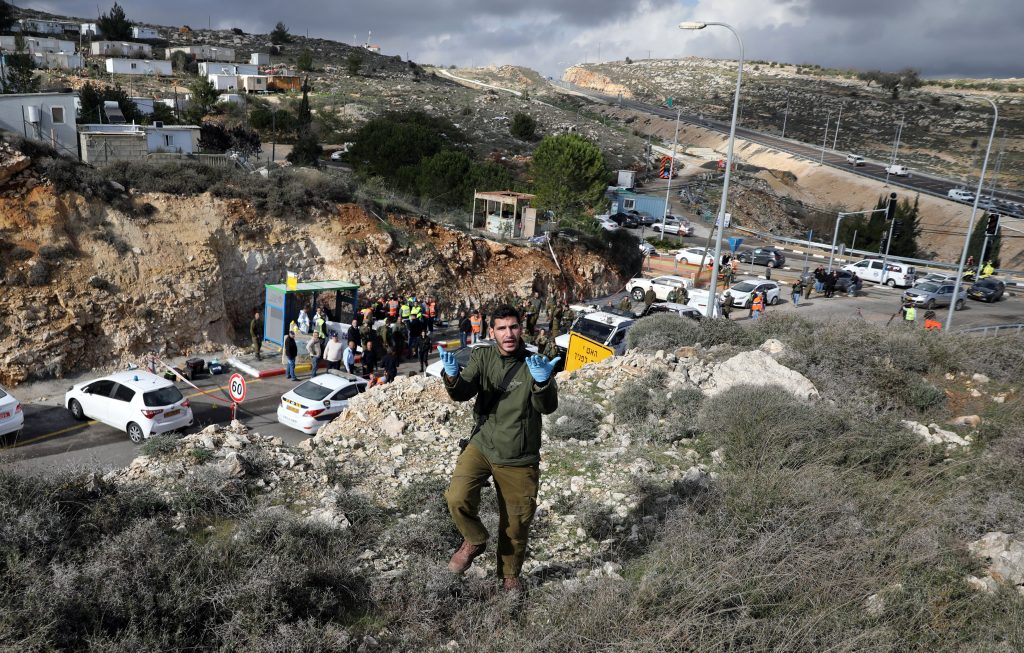 Two IDF soldiers were killed in a shooting attack near Givat Assaf, a community in the Binyamin region near Beit El, with two others badly wounded, security forces said. A Hatzolah spokesperson said that the shooting took place on Road 60, the main north-south highway in the Binyamin region. The attack took place from a car driven by Palestinian Authority Arabs. One report said that one of the terrorists in the vehicle was neutralized, but IDF officials said that a search was still ongoing for the perpetrators. All the victims were in their 20s, officials said. An Israeli man, 21, was rushed to Hadassah Ein Kerem Hospital in Yerushalayim in critical condition, while an Israeli woman was evacuated to Shaare Zedek Hospital in serious condition.

Readers are asked to daven for Shirah bas Michal, who is hospitalized in serious condition.

Kan News reported that the terrorist arrived at a bus stop and got out of his car, and opened fire on Israelis standing at the stop. He then got back in the car, which sped off towards Ramallah. A full blockade has been imposed on Ramallah, “the first time this has happened in many years,” the report said. Security officials said that IDF forces had entered a village next to Ramallah as they searched for the perpetrators. In addition, forces throughout Yehudah and Shomron were being beefed up in order to prevent further attacks.

Road 60 was also the site of the shooting attack Sunday near Ofra, north of Beit El along the same highway. Balach Barghouti, one of the terrorists who carried out that attack, was shot and killed overnight Wednesday by Israeli forces. In a press conference Thursday, an IDF spokesperson said that the army was still searching for members of the gang that carried out the shooting, in order to prevent further attacks.

Binyamin Council head Yisrael Gantz said that he “demand that the prime minister deal with this terrorism in the proper manner. The first step is to ban Arabs from Road 60. We must realize that we are in the middle of a terror war, and we must root out the terrorists and the terror infrastructure. This is our second murderous terror attack in a week. Binyamin residents will not be sitting ducks.”