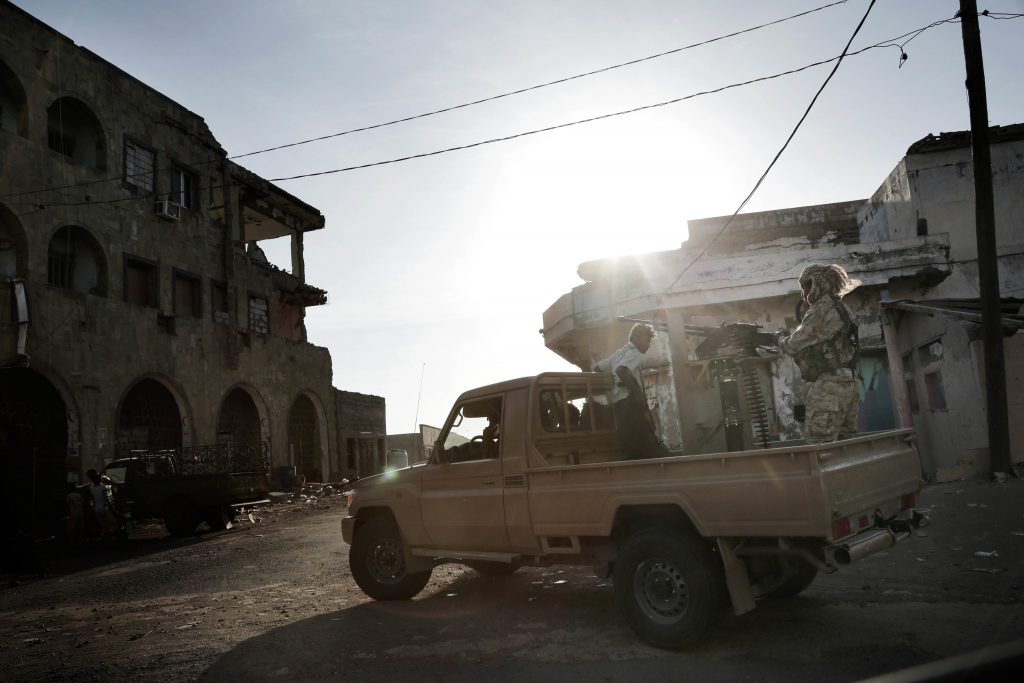 Delegations from Yemen’s warring parties agreed on Tuesday to set Jan. 20 as a final date to swap over 15,000 prisoners from both sides of the country’s devastating civil war, according to a member of the rebel delegation, in what may possibly become the first major breakthrough leading to peace negotiations to end the four-year war.

The internationally recognized government of President Abed Rabbo Mansour Hadi and Iran-backed Shiite rebels said in press conferences in Sweden that they have exchanged prisoner lists, allowing four weeks for review, ahead of a final swap to be facilitated by the International Committee of the Red Cross.

The move is a crucial step in the implementation of an agreement reached earlier this month on the exchange of all prisoners held by both sides over the four-year civil war.

The government, which is backed by a Saudi-led coalition, said it has provided U.N. mediators with an initial list of 8,200 prisoners allegedly held by the rebels, known as Houthis.

The government list included members of the family of former President Ali Abdullah Saleh, who was killed by the Houthis in December of last year. It also included more than 300 children and 88 women.

The rebel delegation also said it has provided its own list of prisoners held by government forces.

“The Houthis provided a list of 7,487 captives and detainees. We provided a (list) of 8,576 detainees,” said Askar Zouail of the government delegation. “But the number of detainees (held by the rebels) exceeds 18,000 detainees since the beginning of the war (in March 2015).”

Othman Mujali, minister of agriculture from the Hadi government, said both sides are considering a “mechanism” to implement the prisoner swap.

“We hope the other side is serious. For us, we are serious and ready at the moment,” he said.

Abdul-Qader el-Murtaza, from the Houthi delegation, said the government list included prisoners from member countries in the Saudi-led coalition, such as Sudan and the United Arab Emirates.

He said Jan. 20 has been set as a final date for a prisoner swap overseen by the ICRC.

A period of four weeks has been set for any queries and the verification of the prisoner names, “then there will be ten days for the Red Cross to prepare logistic and technical matters for the transfer and exchange of the prisoners,” he said.

Also on Tuesday, rebel delegation member Gamal Amer said both sides are discussing initial draft proposals for the key port city of Hodeida, hoped for by the U.N.

He said in video comments that the proposals include a halt to all fighting, the withdrawal of troops to the city limits and later outside the province, while allowing U.N. oversight and setting up a local administration.

He said an agreement on Hodeida is expected to be reached before heading to another future round of peace talks. He did not elaborate.

Saudi ambassador to Yemen Mohammed al-Jaber lauded the “positive atmosphere at Yemen Talks in Sweden” maintained by the U.N. envoy.

“We are optimistic progress can help with restoration of Yemeni state, security, and stability,” he tweeted on Tuesday.

Mohammad Javad Zarif tweeted Tuesday that Iran “strongly supports continuation of talks to achieve final accords on all issues. It is well past time for foreign aggressors to end their airstrikes & crimes against humanity.” He was referring to the U.S.-backed Saudi-led coalition.

U.N. officials, however, have sought to manage expectations around the talks, saying they don’t foresee rapid progress toward a political settlement but hope for at least minor steps that would help address Yemen’s worsening humanitarian crisis and prepare a framework for further negotiations.

An Associated Press investigation published Friday revealed evidence of torture at detention sites run by the Houthi rebels. There has also been international outrage over abuses by the coalition. The AP has previously exposed torture at secret prisons run by the UAE, a coalition member, and Yemeni allies. It has documented the deaths of civilians from drone strikes by the U.S. in its campaign against al-Qaida’s branch in Yemen.

Yemen’s conflict, which has pushed the country to the brink of famine, pits the internationally recognized government against the Shiite rebels, who seized the capital of Sanaa in 2014. The Saudis intervened the following year.

The war has killed at least 10,000 people, though the figure is believed to be higher, and turned Yemen into one of world’s worst humanitarian crises with 22 of its 29 million people in need of aid, according to the U.N.