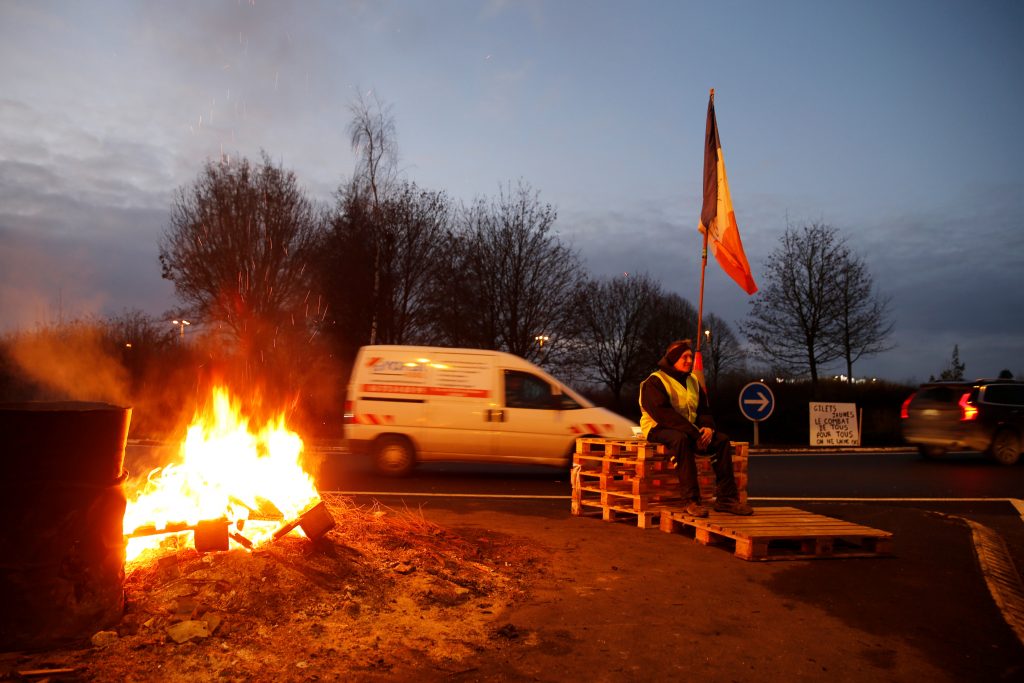 French Prime Minister Edouard Philippe is to announce a suspension of fuel-tax hikes, a major U-turn in an effort to appease a protest movement that has radicalized, French media reported Tuesday.

Both Le Monde and France Info radio said the planned increase, which has provoked riots, will be suspended for several months. Philippe is also expected to announce other measures aimed at easing tensions, just three weeks after claiming that the government would not change course and remained determined to help wean French consumers off polluting fossils fuels.

Philippe will make an announcement later Tuesday to legislators from President Emmanuel Macron’s party. There was no immediate comment from his office Tuesday morning.

It’s unlikely that Philippe’s announcement will put an end to the road blockades and demonstrations, with more possible protests this weekend in Paris.

“It’s a first step, but we will not settle for a crumb,” said Benjamin Cauchy, one of the leaders of the protests.

After a third consecutive weekend of clashes in Paris led by protesters wearing distinctive yellow traffic vests, Philippe held crisis talks with representatives of major political parties on Monday. He also met with Macron and other ministers in order to find a quick solution to the crisis.

Facing the most serious street protests since his election in May 2017, Macron has canceled a two-day trip to Serbia to stay in France this week.

More than 100 people were injured in the French capital and 412 arrested over the weekend during France’s worst urban riot in years, with dozens of cars torched.

The protests began last month with motorists upset over the fuel-tax hike and have grown to encompass a range of complaints, with protesters claiming that Macron’s government doesn’t care about the problems of ordinary people.

The planned new tax was to increase gasoline price by 4 euro cents per liter from January next year. Gasoline currently costs about 1.42 euros a liter in Paris, slightly more than diesel.

Since the movement kicked off on Nov. 17, three people have been killed and hundreds injured in clashes or accidents stemming from the protests. Over the past three weeks, protesters have been setting up road blocks across the country and their movement has garnered wide public support.