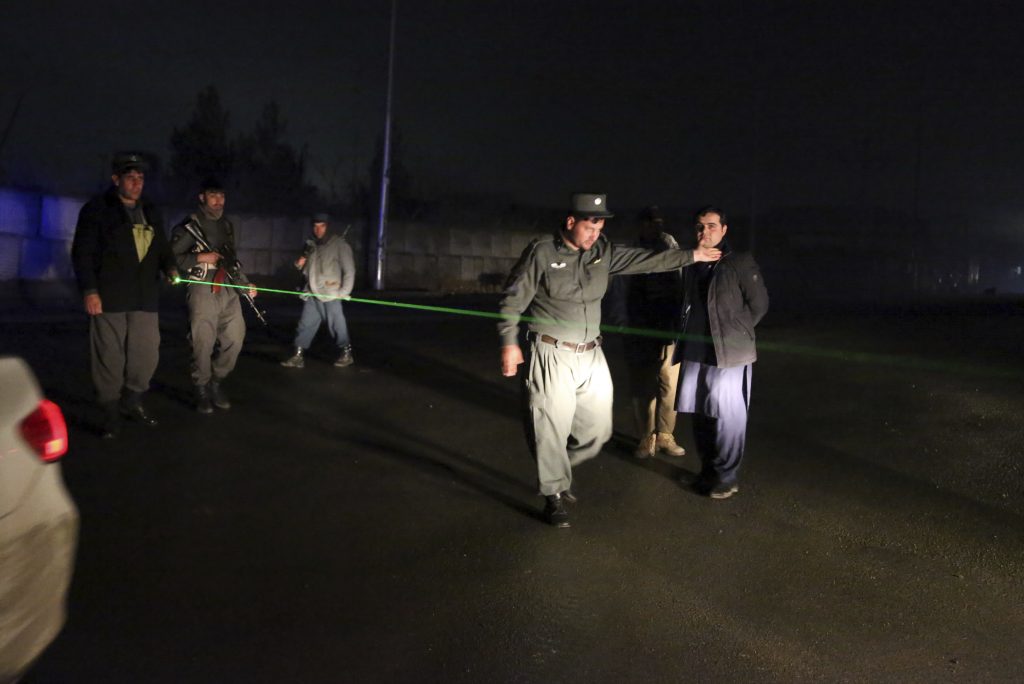 In the eastern part of the capital Kabul, insurgents staged a coordinated attack against security forces when a suicide bomber detonated his explosives and fighters engaged them in a gun battle, an Afghan official said.

Attahullah Afghan, who heads the provincial council, said most of the casualties in Helmand — which included men, women and children — incurred in an airstrike that hit a house on Tuesday night during military operations in the province, a Taliban heartland.

A child that was wounded in the attack was brought to a hospital in the provincial capital of Lashkar Gah, he said.

A statement from governor’s office in Helmand confirmed that 16 Taliban insurgents were killed and said that an investigation was underway to determine the number of civilian casualties.

It said the terrorists had stockpiled ammunition in the area of the operation, which could have caused civilian casualties. There was also a car packed with explosives that ignited during the strike, the statement added.

Abdul Wadod Popul, a lawmaker from Helmand, also confirmed the civilian casualties. “The area is under Taliban’s control and is very difficult to get a precise number of casualties,” he said in Kabul.

Qari Yusouf Ahmadi, a Taliban spokesman, claimed in a statement sent to the media that all the victims were civilians.

Telephone lines with Helmand were cut on Wednesday and it was not immediately possible to reach local officials and civilians there. Also, it was not clear if the operation was being conducted exclusively by Afghan forces or whether NATO forces were there to support the Afghans.

The Helmand fighting came as Afghan President Ashraf Ghani was in Geneva, attending a two-day U.N.-backed conference that ends Wednesday and that is expected focusing on development, peace and security in the war-battered country.

Najib Danish, spokesman for Afghanistan’s Interior Ministry, said the attack in Kabul took place when a suicide bomber detonated his explosives and then other insurgents started a gun battle with forces in the area.

Wahid Majroh, spokesman for the Public Health Ministry, said at least 11 wounded were transferred to hospitals from the attack site.