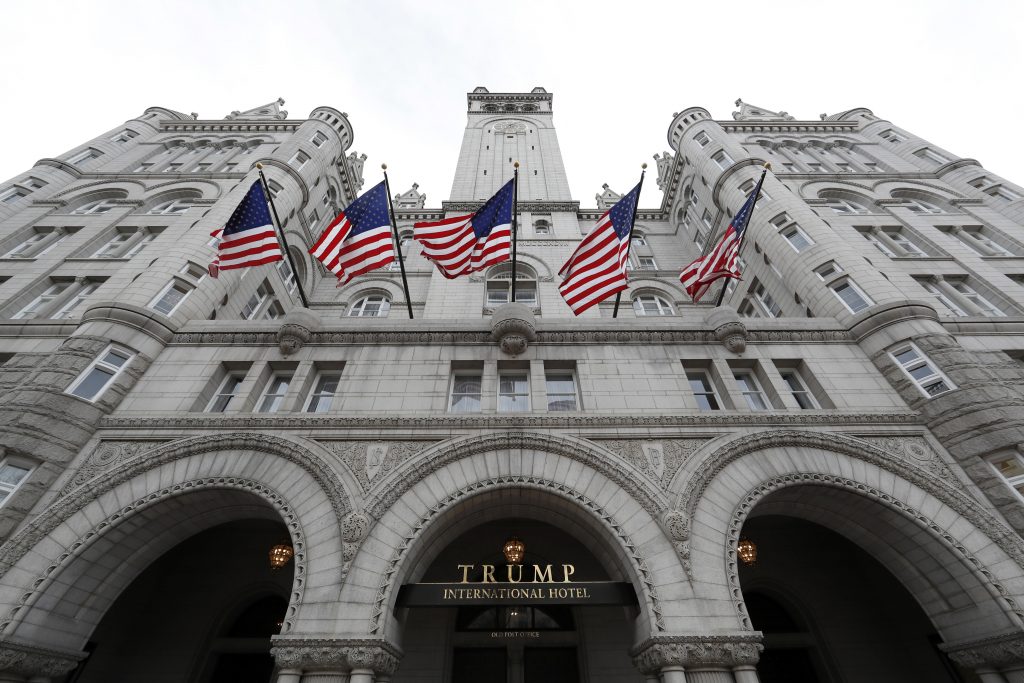 A federal judge has dismissed a lawsuit accusing Donald Trump of breaking a law on unfair competition by using the presidency to attract customers to restaurants in his Washington, D.C., hotel.

U.S. District Court Judge Richard Leon in Washington says the Cork Wine Bar may indeed be losing customers as lobbyists and others flock to the nearby Trump International Hotel, but that does not constitute unfair competition under the local law. He says to rule otherwise would mean pop singers, famous chefs and professional athletes could not use their celebrity to promote companies they own either.

The lawsuit was brought by Cork less than two months after Trump assumed office last year.

Owner Khalid Pitts has tweeted that Cork plans to appeal the decision.