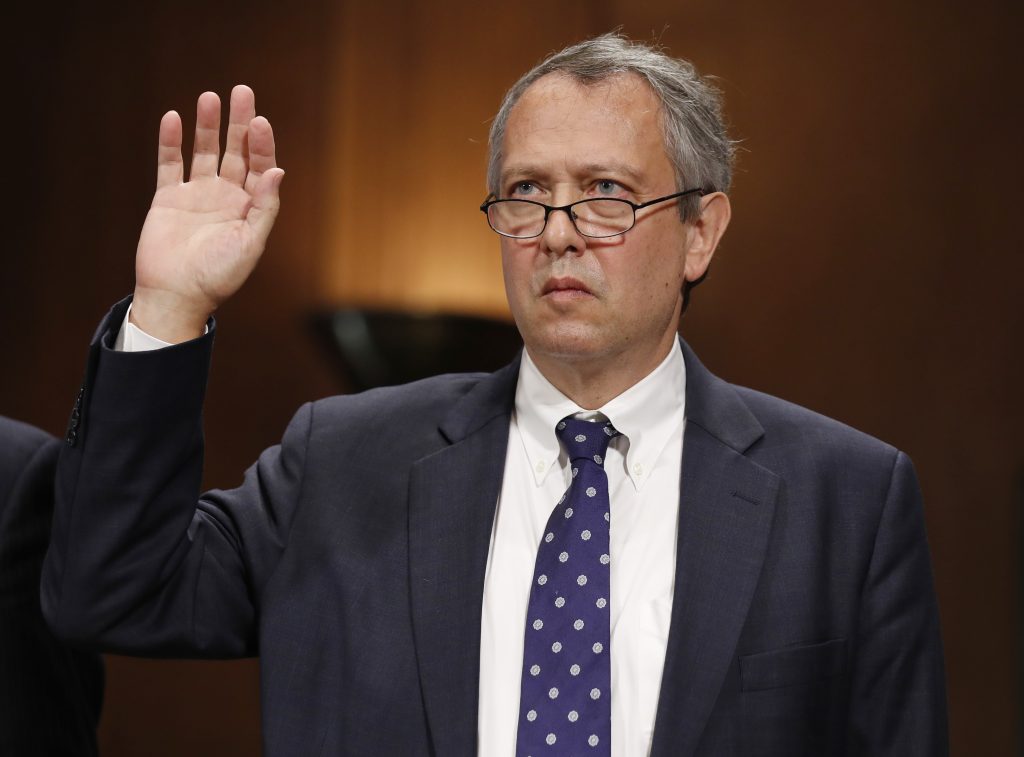 Andrew Gillum and Stacey Abrams, two black candidates who fell short in high-profile gubernatorial races this month, spoke out Tuesday against President Donald Trump’s nominee for a North Carolina judgeship who previously worked to defend state laws ruled to have been discriminatory against African-Americans.

The involvement of Gillum and Abrams — who ran in Florida and Georgia, respectively —underscored the national fight that has emerged over the nomination of Thomas Farr to a federal-district court seat in the Eastern District of North Carolina.

The Senate could vote on Farr’s nomination as early as this week, if Republicans are able to round up enough votes in a chamber where all 49 Democrats have announced their opposition and an array of civil rights groups are vigorously opposing Trump’s pick.

“Thomas Farr’s record of hostility and disregard for fundamental civil rights disqualifies him for a lifetime appointment that will allow him to codify his discriminatory ideology into law,” Gillum and Abrams said in a joint statement. “North Carolina’s Eastern District — where most of the state’s African-Americans live — should be represented by a Bench that represents its diversity, not one that actively works to disenfranchise them.”

The Senate Judiciary Committee advanced Farr’s confirmation with a party-line vote back in January, and his nomination has the support of both the state’s Republican senators, who argue that he has been unfairly maligned.

Republicans in control of the North Carolina General Assembly hired Farr and others in his law firm to defend congressional boundaries it approved in 2011. In 2016, a federal court struck down the map as a racial gerrymander.

Farr also helped defend a 2013 voter ID law that was considered one of the strictest in the nation. In addition to requiring residents to show identification before they could cast a ballot, the law also eliminated same-day voter registration, eliminated seven days of early voting and put an end to out-of-precinct voting.

A federal court ruled in 2016 that the primary purpose of North Carolina’s law wasn’t to stop voter fraud but rather to disenfranchise minority voters. The judges wrote that the law targeted African Americans “with almost surgical precision,” in part because the only acceptable forms of voter identification were ones disproportionately used by white people.

Farr has a “well qualified” rating from the American Bar Association and was previously nominated to the same post by former president George W. Bush.

Before the Judiciary Committee vote in January, Sen. Thom Tillis, R-N.C., called Farr “one of the best legal minds in North Carolina” and said those opposing his nomination were “destroying a good man’s reputation.”

After Republicans signaled their intent to consider the nomination on the floor after a lengthy delay, Senate Minority Leader Charles Schumer, D-N.Y., has repeatedly criticized Farr on Twitter and in public remarks.

During a floor speech Monday, Schumer called Farr the “chief cook and bottle-washer” for the contested laws in North Carolina.

Schumer also noted that Farr worked for the reelection campaign of then-Sen. Jesse Helms, R-N.C., in 1990. The Justice Department alleged that about 120,000 postcards sent mostly to black voters during the race was intended to intimidate them and dissuade them from voting.

Farr has said he had no role in producing the postcards.

The history of the seat Farr would fill has also contributed to the acrimony over his nomination. President Barack Obama nominated two African-American women for the post during his tenure but neither was granted a hearing.

With a 51 to 49 majority in the Senate, Republicans can only afford to lose one vote, in which case Vice President Pence could break a tie.

Sen. Jeff Flake, R-Ariz., has vowed to oppose all judicial nominations until the chamber votes on legislation he is seeking to protect special counsel Robert Mueller.

Sen. Marco Rubio, R-Fla., has been seen as a potential “no” vote on Farr because he was prepared earlier this year to join Sen. Tim Scott, R-S.C., in voting against another judicial nominee with a history of racially charged writing. That nomination was withdrawn.

On Tuesday, however, Rubio was prepared to vote for Farr barring any new information that comes out about him, according to a Senate official familiar with his thinking.

Rubio was briefed about Farr’s nomination by his staff Monday evening, said the Senate official, who was not authorized to speak for Rubio and requested anonymity.