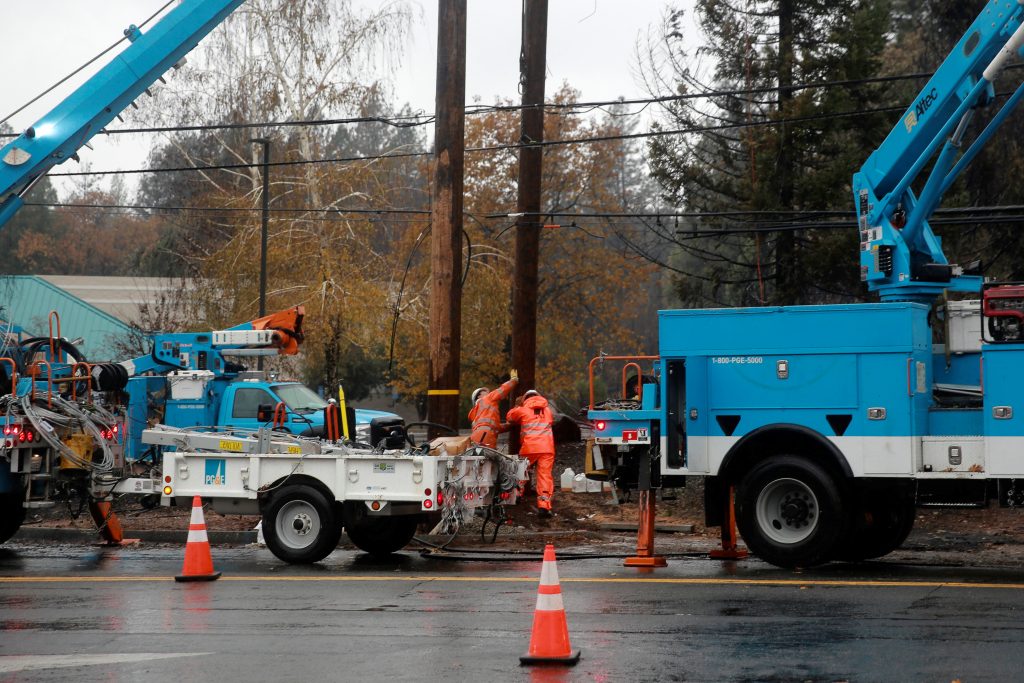 More rain is on the way for northern California, helping firefighters extinguish the last of the wildfires, but increasing the risk of landslides in the scorched Sierra Nevada foothills.

Between 1 to 3 inches of rain will fall between Friday and Sunday, adding to the 3 inches that already fell this week, the National Weather Service said.

At least 84 people died in the so-called Camp Fire which started more than two weeks ago, and as many as 560 are believed missing.

The fire was 95-percent contained across 154,000 acres, officials said early on Friday, in and around Paradise, a mountain town of nearly 27,000 people, located some 175 miles northeast of San Francisco.

Hundreds of volunteers and police officers spent the Thanksgiving holiday combing through the wreckage, searching for the remains of victims killed in the blaze as the ongoing rains looked set to complicate their work.

“It’s the vegetation that holds the soil in place,” Brian Hurley, a forecaster with the NWS’s Weather Prediction Center in College Park, Maryland, said.

“Without that vegetation, all bets are off when the rain hits.”

The cause of the Camp Fire, which destroyed more than 13,500 homes, remains under investigation.

A separate California wildfire – the Woolsey Fire, which killed three people and threatened the wealthy beachfront enclave of Malibu near Los Angeles – was declared 100-percent contained on Wednesday.