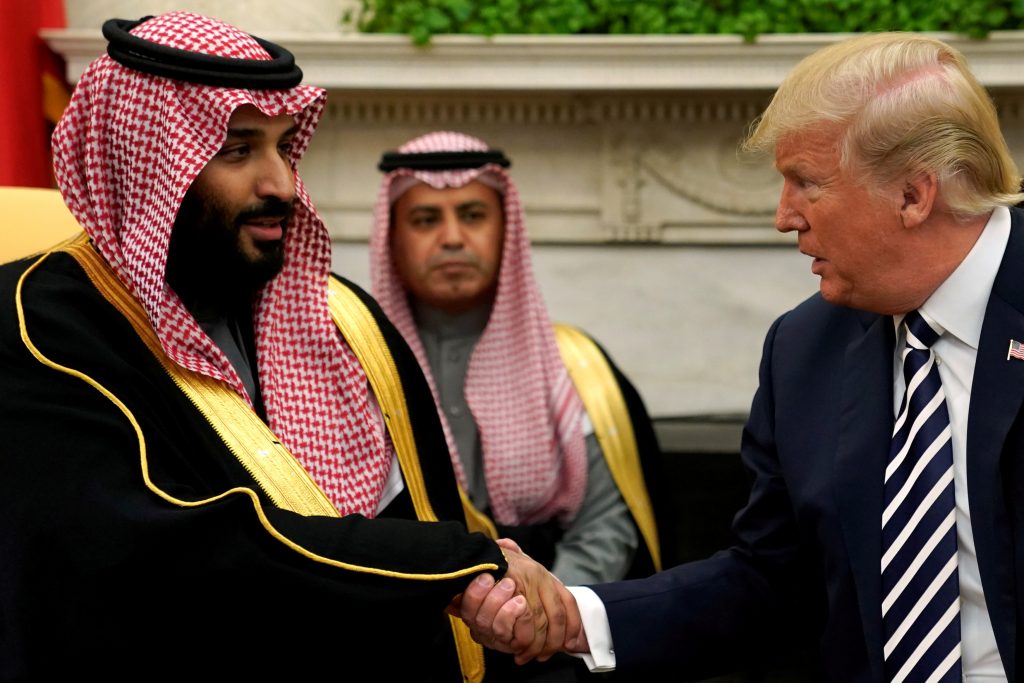 Defying pressure from U.S. lawmakers to impose tougher sanctions on Saudi Arabia, Trump also said he would not cancel military contracts with the kingdom, saying such a “foolish” move would only benefit Russia and China.

Trump said U.S. intelligence agencies were still studying the evidence around Khashoggi’s murder inside the Saudi consulate in Istanbul on Oct. 2 and who planned it.

“Our intelligence agencies continue to assess all information, but it could very well be that the Crown Prince had knowledge of this tragic event – maybe he did and maybe he didn’t!” Trump said in a statement issued by the White House,

U.S. intelligence sources say the CIA’s assessment is that Khashoggi’s death was ordered by the crown prince, who is Saudi Arabia’s de facto ruler and is widely known by his initials MbS.

Democratic and Republican lawmakers have urged Trump to drop his support for MbS, but the president has been reluctant.

He said on Tuesday that both Saudi Arabia’s King Salman and MbS “vigorously deny any knowledge of the planning or execution of the murder,” and that the truth may never be known.

He also stressed that Saudi Arabia, a major oil producer, is an important business partner and a “great ally” in the fight against Iranian power in the Middle East.

“The United States intends to remain a steadfast partner of Saudi Arabia to ensure the interests of our country, Israel and all other partners in the region,” Trump said.