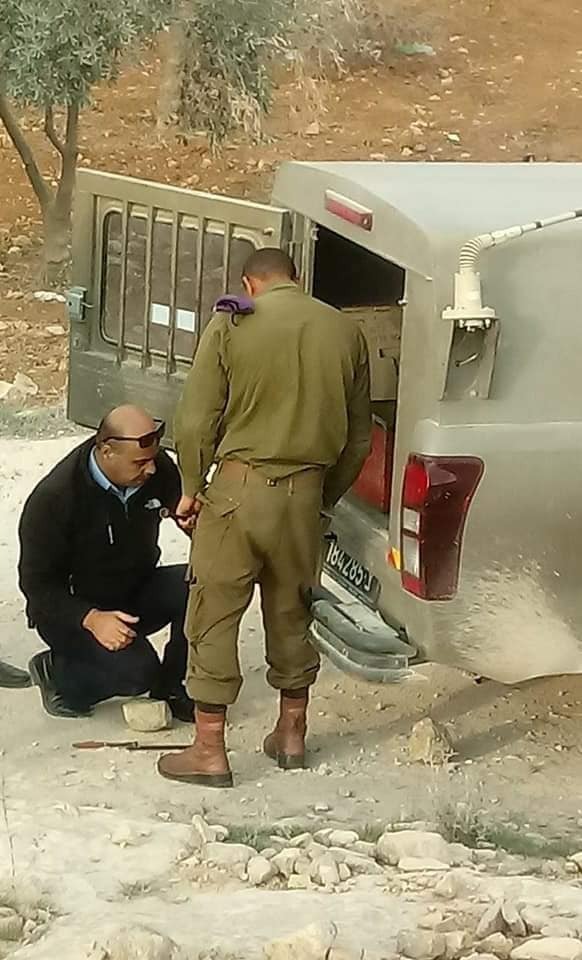 A local Palestinian police chief has been suspended for helping Israeli soldiers fix a flat tire.

Police spokesman Loae Izrekat said on Thursday that Col. Ahmad Abu al-Rub was suspended and referred to an “investigative committee.”

Earlier this week, pictures emerged of the Chevron district chief helping Israelis change their jeep’s flat tire in the area of the village of Yatta in the South Hevron hills.

The images were widely shared on social media and sparked anger among Palestinians who considered it collaboration with the enemy. The Palestinian Authority has come under domestic fire for its longtime security cooperation with Israel. It has threatened to cut ties several times, but never followed through.

The Israeli vehicle was apparently blocking a road and the soldiers were struggling to fix the tire when Abu al-Rub offered to help.