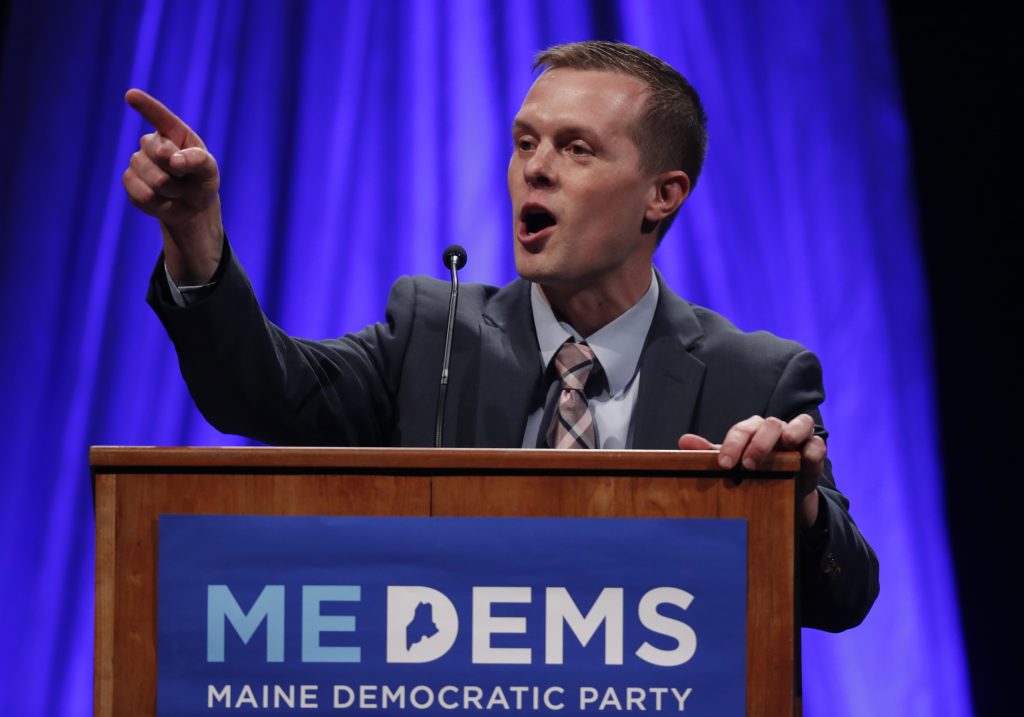 A Democrat who trailed a Republican incumbent in a costly U.S. House race in Maine came from behind to emerge as the victor Thursday following extra rounds of tabulations under the state’s new voting system, officials said.

Election officials declared Jared Golden the winner, flipping the seat held by two-term Rep. Bruce Poliquin, after a federal judge declined to halt tabulations in the state’s ranked-choice voting system used in last week’s election. It was the first time an incumbent has lost that seat in more than 100 years.

The outcome was a dramatic reversal in the nation’s only test of the ranked-choice voting system used for the first time in U.S. House and Senate races. Golden’s election further strengthens a majority for Democrats who swept into power in the House. His election leaves Sen. Susan Collins of Maine the lone Republican member of Congress in New England.

Golden, a Marine Corps veteran, declared himself the “majority consensus winner” and told reporters he wants to bring to Washington, D.C., the type of leadership he saw in the Marines.

“The best leaders were the ones who didn’t worry about who got credit for getting the job done,” he said. “Imagine what Congress could do if we had more leaders like that in Washington.”

The ranked-choice system, approved in 2016, lets voters rank all candidates from first to last on the ballot. If no one gets a majority, then last-place candidates are eliminated and their second-place votes are reallocated.

In this case, Poliquin and Golden both collected 46 percent of first-place votes, with Poliquin maintaining a slim edge of about 2,000 votes. But additional tabulations were triggered because no one collected a majority.

The legal challenge by Poliquin and three GOP activists served as the backdrop for the dramatic finale of a hard-fought battle that became the most expensive congressional race in state history.

Golden said he didn’t think the ongoing litigation would prevent him from being seated in January.

During a press conference, Golden said he’s willing to work with Republicans and that his focus will be on getting things done, not in the ongoing investigations of President Donald Trump. He also said he wouldn’t vote for Democratic California Rep. Nancy Pelosi to serve as House speaker.

Mainers approved ranked-choice voting in a statewide referendum after nine of the previous 11 governors were elected without a majority of the vote.

For now, the ranked-choice voting system is used only in federal races and in statewide primary elections in Maine. It cannot be used in the governor’s race or legislative races because of concerns it runs afoul of the state constitution.

Democratic Gov.-elect Janet Mills has said she will try to amend Maine’s constitution so the system can be used in all elections.