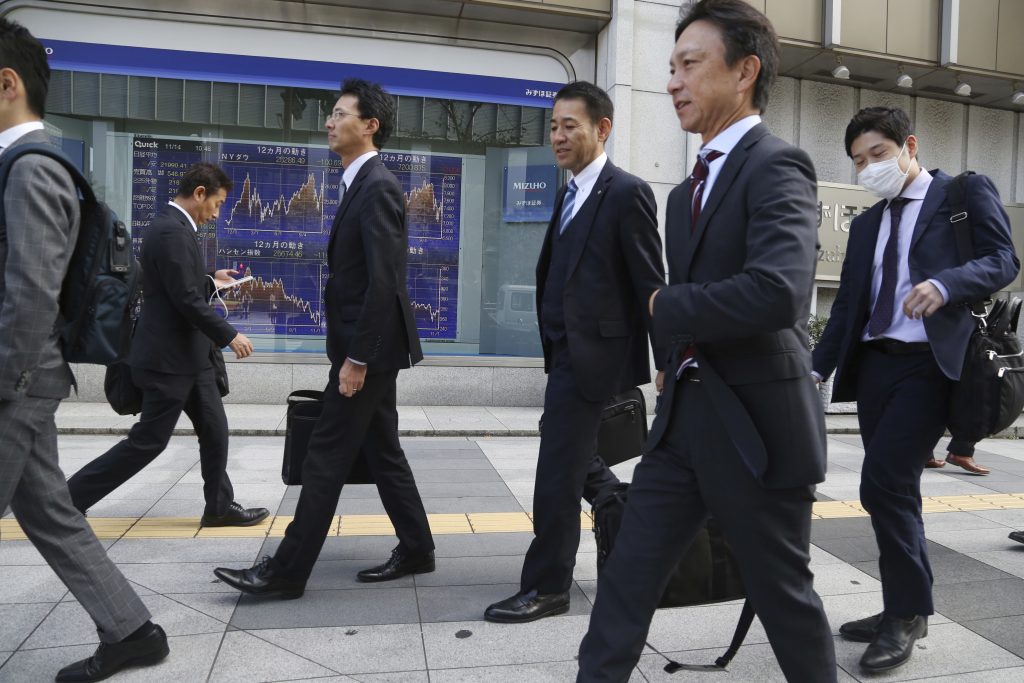 Global shares were mostly lower Wednesday, after the steepest drop in oil prices in more than three years put investors in a selling mood on Wall Street.

Fears about global growth continue amid trade tensions between the U.S. and China. Traders drew encouragement from a report out of China saying that country’s top economic adviser might visit Washington ahead of a planned meeting between Chinese President Xi Jinping and U.S. President Donald Trump at this month’s Group of 20 gathering in Argentina. The U.S. and China have raised tariffs on billions of dollars of each other’s goods.

“It’s going to be a bumpy ride for markets,” said Stephen Innes of Oanda in Singapore, referring to global developments over Brexit and dropping oil prices, adding, “all of which suggests significant risk beckons.”

Benchmark U.S. crude oil dipped 17 cents to $55.52. It plunged 7.1 percent to $55.69 a barrel on Tuesday. Brent crude, used to price international oils, dropped 4 cents to $65.43 a barrel. Oil has now fallen for 12 straight days, driven by worries over rising oil production around the world and weakening demand from developing countries, with expectations for increased supply from the U.S. and OPEC.