National Zinke’s House Guest Impersonated the Secretary; Then Park Police Were Called on the Neighbors
National 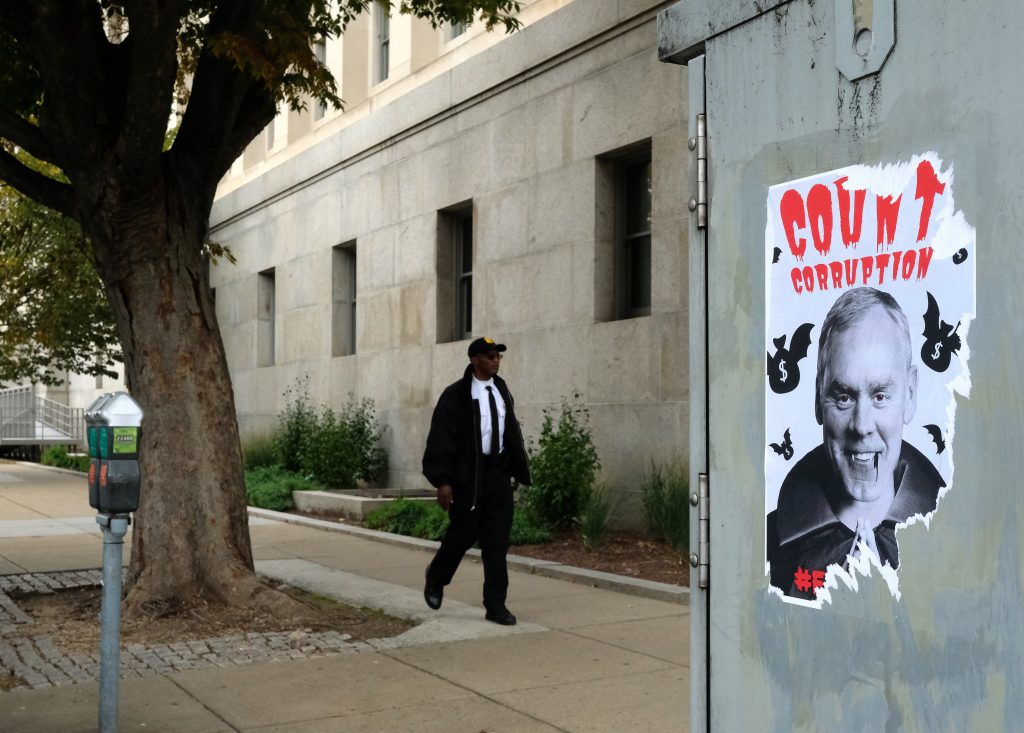 Living next to Cabinet officials can be tough on Washingtonians. But the events that unfolded Monday night in front of Interior Secretary Ryan Zinke’s home were weird by any standards.

The Mercedes SUV had been idling for two hours, and was taking up three parking spots on Kentucky Avenue S.E. So Lincoln Park resident Gina Arlotto asked the driver to back up to free two parking spots, she said Tuesday. The driver refused.

Neighbor Paul Legere was coming home from work when his wife called to warn him the car had been idling for hours on the block, a notoriously difficult place to find parking.

When Legere arrived, he too asked the driver to move to create a parking space. Again, the driver refused.

“We had some words,” Legere said. “I’ve had some parking issues in the past. This was not a government SUV. He wouldn’t identify himself. He said he was waiting for his boss.”

That’s when a man who appeared to be about 6-feet tall, white and about 30 years old emerged from Zinke’s front door.

He said his name was Scott. “Scott what?”

According to Legere, the man wheeled around toward the house without an answer and muttered as he walked to the front door. Within minutes, by around 9:30 p.m., U.S. Park Police arrived, and neighbors assumed the man called Scott had called them. Park Police fall under Zinke’s department.

Legere, who saw the police from his house, figured they would want to speak with him so he walked over.

“They said this is all a big misunderstanding,” Legere recalled. “We were all in agreement that this wasn’t Zinke.”

Zinke and his wife have lived in the rental home since he began serving in Congress in 2015, Arlotto said, and have not been seen in the neighborhood frequently in recent months. The guest who impersonated Zinke, along with three or four other men, all left the house and piled into the Mercedes around 10 p.m.

“I just think it’s outrageous that he called the Park Police on a neighbor,” Arlotto said. “I felt that he wanted to harass us.”

Neither the Park Police nor the Interior Department immediately responded to a request for comment Tuesday.

Zinke has come under scrutiny in recent months for his travel practices and real estate dealings back home in Montana. A report released last month by the Interior Office of Inspector General said that Zinke had his wife accompany him in government vehicles, even though that was technically prohibited under the department’s motor vehicle policy. Zinke changed the policy in July to allow for members of his family to ride with him in department vehicles when it was for official events.

Monday night’s incident was all the talk of Lincoln Park by Tuesday morning, as Arlotto voiced her frustration online.

“I’m still pretty annoyed at this person pretending to be Zinke to intimidate a neighbor, and then calling the Park Police for protection, but I guess that’s just me,” she posted at 5:07 a.m. “Nothing makes sense anymore.”