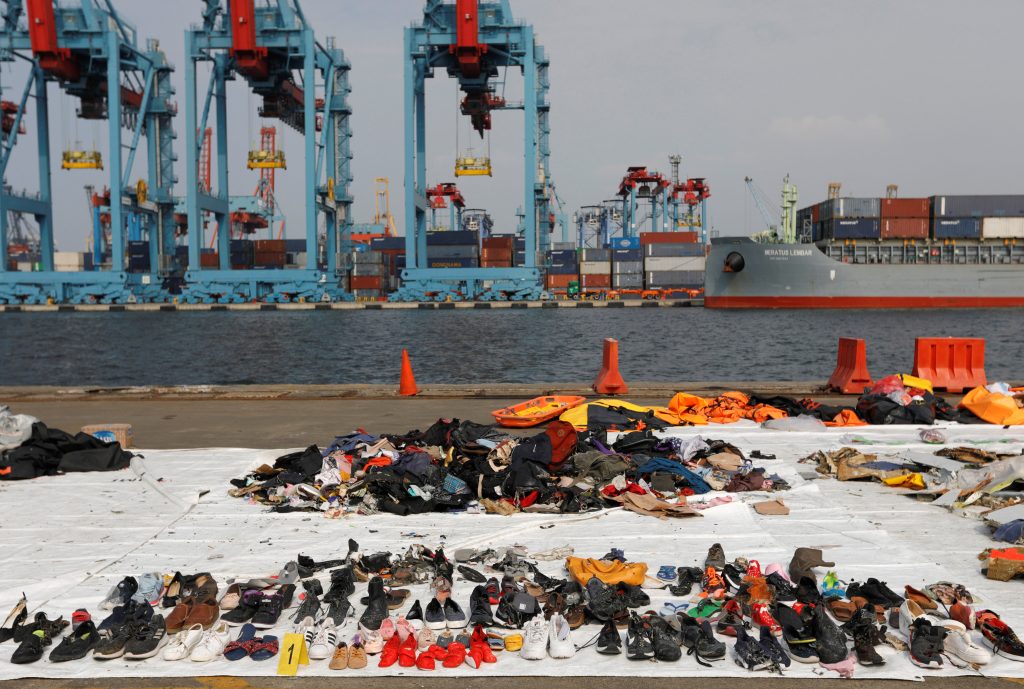 Indonesian search and rescue workers believe they have found the fuselage of a Lion Air passenger jet that crashed with 189 people on board, and are also trying to confirm the origin of an underwater “ping” signal, officials said on Wednesday.

Ground staff lost touch with flight JT610 of Indonesian budget airline Lion Air 13 minutes after the Boeing 737 MAX 8 took off early on Monday from Jakarta, on its way to the tin-mining town of Pangkal Pinang.

There were no survivors.

Indonesia’s military chief said he believed the plane had been located, and a transport safety official said divers would be sent to confirm the origin of a “ping” signal picked up by a search and rescue team late on Tuesday.

“We strongly believe that we have found a part of the fuselage,” armed forces chief Hadi Tjahjanto told broadcaster TV One.

Speaking on board the navy ship KRI Rigel, navy official Colonel Haris Djoko Nugroho told the broadcaster that a 22-meter-long object had been found in waters about 32 meters deep, and a sonar was being used to identify it.

Divers would also be sent to check, he said.

The Rigel has been searching in an area about 5 nautical miles from the site where the aircraft lost contact.

The accident is the first to be reported involving the widely sold Boeing 737 MAX, an updated, more fuel-efficient version of the manufacturer’s single-aisle jet.

The plane’s black boxes, as the cockpit voice recorder and flight data recorder are known, should help explain why the almost-new jet went down minutes after takeoff.

Amid media speculation over the airworthiness of the aircraft, the transport minister suspended Lion Air’s technical director and several technicians to facilitate the crash investigation.

The suspended technicians “issued the recommendations for that flight,” the Ministry said in a press release. It did not say how many technicians had been suspended.

An official of the national transport safety panel has said the plane had technical problems on its previous flight on Sunday, from the city of Denpasar on the resort island of Bali, including an issue over “unreliable airspeed.”

Privately owned Lion Air, founded in 1999, said the aircraft had been in operation since August and was airworthy. The pilot and co-pilot had 11,000 hours of flying time between them, it said.

Lion Air chief executive Edward Sirait has acknowledged reports of technical problems with the aircraft, but said maintenance had been carried out “according to procedure” before it was cleared for flight again.

Investigators are looking into why the pilot had asked to return to base shortly after takeoff, a request that ground control officials had granted, although the flight crashed soon after.

They will also question pilots who flew the same aircraft from Bali to Jakarta on Sunday.

The airline is to meet a team from Boeing on Wednesday to discuss the fate of the plane.

Although it is now almost certain that everyone on the plane died, relatives are desperate to find traces of their loved ones. Only body parts and debris have been found.