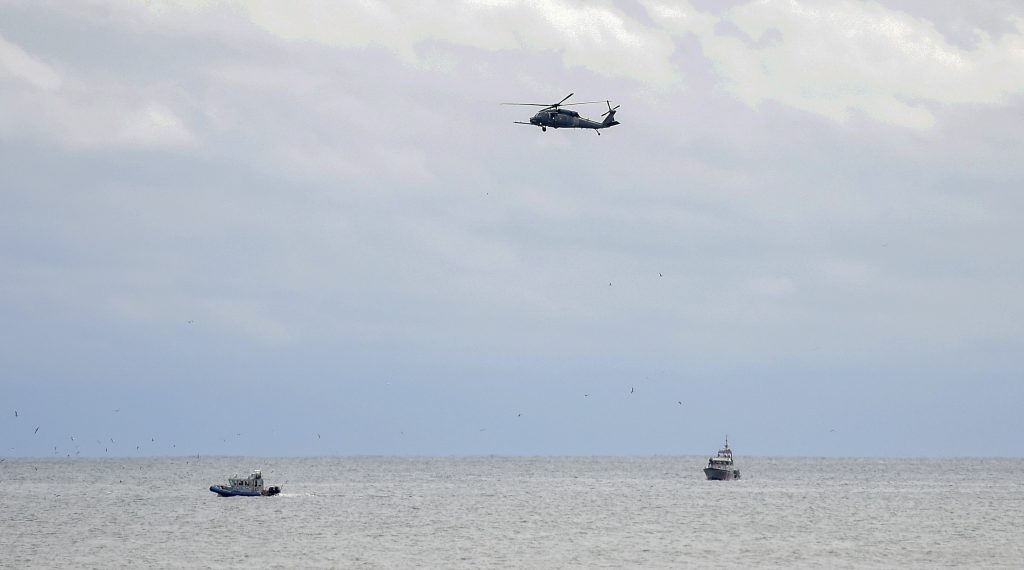 Federal transportation officials say a plane that crashed off Long Island earlier this month, killing all three people aboard, had broken up before hitting the water.

Newsday reports that the National Transportation Safety Board’s preliminary report says the twin-engine Piper PA-34 “was substantially damaged when it experienced an in-flight breakup” and crashed in about 20 feet of water south of Quogue, New York, in the Hamptons, on Oct. 13.

Authorities say 41-year-old Munidat “Raj” Persaud, of Waterbury, Connecticut, was flying the plane from Connecticut to Charleston, South Carolina, when it crashed.

New York State Police identified the passengers as 45-year-old Jennifer Landrum, of Augusta, Georgia, and 53-year-old Richard Terbrusch, of Ridgefield, Connecticut. Persaud’s body was found shortly after the crash. The bodies of Landrum and Terbrusch were found the next day.