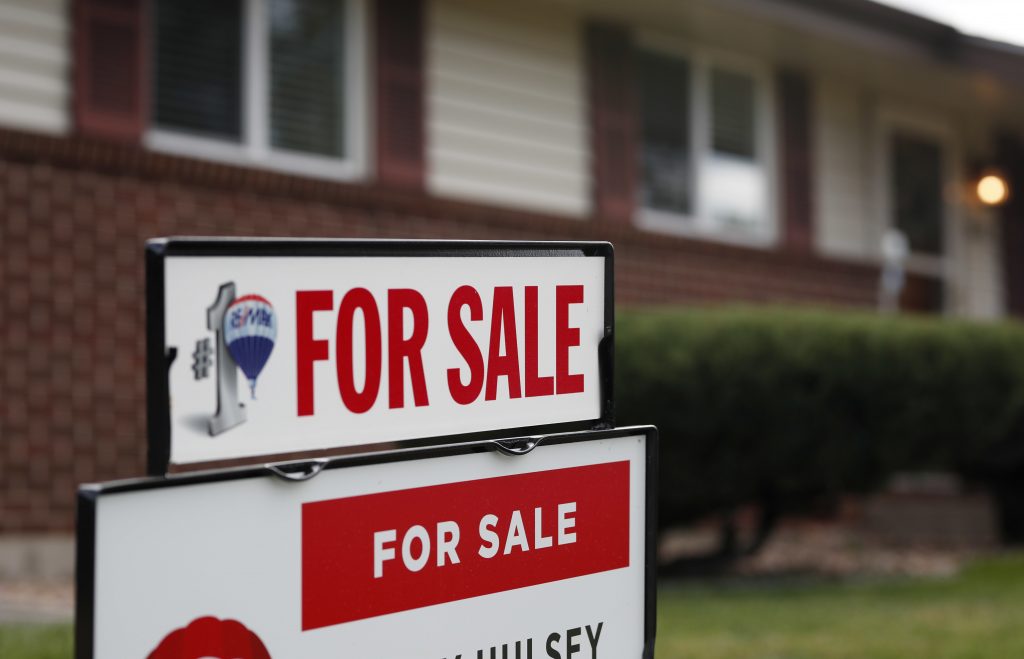 Home borrowing rates remain at their highest levels in more than seven years, with the key 30-year rate approaching 5 percent. Mortgage buyer Freddie Mac said Thursday the rate on 30-year, fixed-rate mortgages ticked up to an average 4.86 percent this week from 4.85 percent last week. A year ago, it stood at 3.94 percent.

The average rate on 15-year, fixed-rate loans rose to 4.29 percent this week from 4.26 percent last week.

Anxiety over rising interest rates, which stem from strength in the economy, has buffeted financial markets in recent weeks and spilled over into the housing market.

Stocks have swooned over the last three weeks as investors worried about interest rates as well as trade tensions between the U.S. and China, and slowing economies outside the U.S. As of Wednesday, the S&P 500 index had plunged 9.4 percent in just three weeks, with two separate six-day losing streaks. It hadn’t had a streak of losses that long since November 2016.

The combination of higher borrowing costs and increasing home prices has made home ownership less affordable.

Sales of new U.S. homes plunged 5.5 percent in September, the fourth straight monthly drop as the housing market cools, the government reported Wednesday. The annual rate of home sales has dropped 15.3 percent since May, eliminating much of the strength in sales from the first five months of 2018.

Builders had assumed that a stronger economy would boost sales, yet a greater share of new construction is going unpurchased.

Interest rates on Treasury bonds, which have climbed to seven-year highs in recent weeks, were steady this week. The yield on the key 10-year Treasury note, which can influence mortgage rates, was at 3.14 percent Wednesday, down from 3.15 percent last week.

The average fee on 30-year fixed-rate mortgages was unchanged from last week at 0.5 points. The fee on 15-year mortgages also held steady, at 0.4 points.

The average rate for five-year adjustable-rate mortgages rose to 4.14 percent from 4.10 percent last week. The fee remained at 0.3 points.