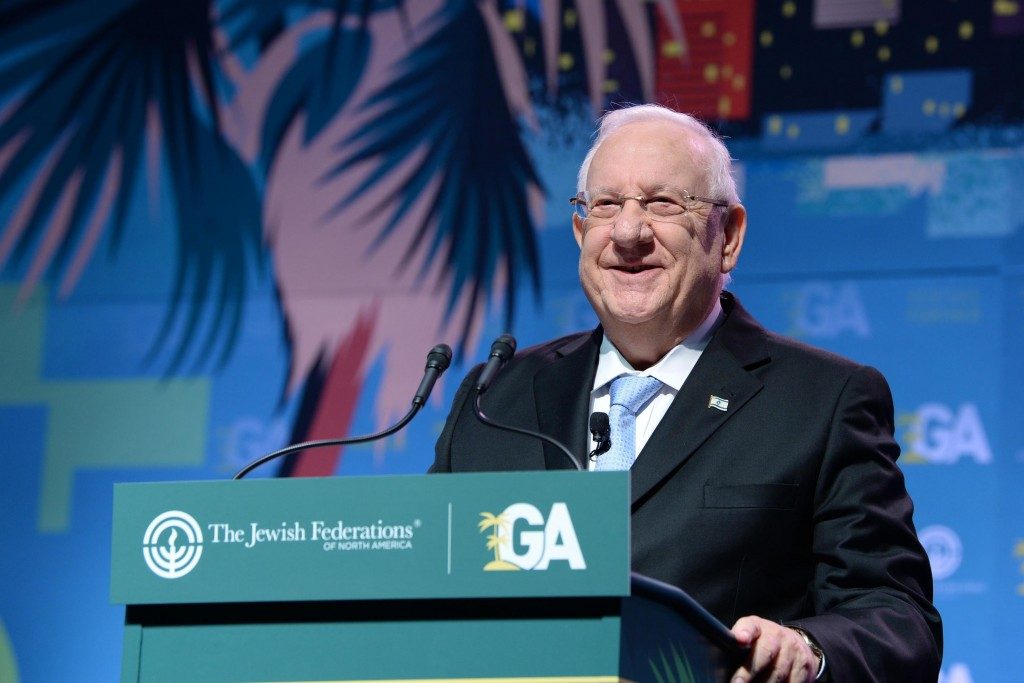 Thousands of Jewish Federation leaders from North America were in Israel this week for the General Assembly. Its theme, “Israel and the Diaspora, We Need to Talk,” implies two things: Israel-Diaspora ties have reached a crisis point, over issues ranging from the Israeli-Palestinian peace talks to religious pluralism, requiring an urgent powwow; and that this week’s sessions provided an opportunity for an honest exchange of ideas capable of bridging gaps.

Neither is true. While there’s no denying that American Jewish support for Israel is dropping, that isn’t because of the Netanyahu government’s stand on the two-state solution or on mixed-gender prayer services at the Kosel. It’s because so-called liberal and progressive Jews are disconnected from all things Jewish, including Israel. (Among Orthodox Jewry in the United States, the only segment of the Jewish world that is growing in leaps and bounds, support for Israel has never been stronger.)

And the notion that this week’s GA provides a forum for dialogue is undermined by the make-up of the panels.

Consider how the program introduces a session titled “Israelis Work the System: The Plan for Greater Pluralism.”

“Many of us want to see greater freedom of religious expression and greater recognition by the Israeli Government for diverse forms of Jewish practice. Yet, government policies remain stringent. Learn how Israelis are working the system to gain support for non-Orthodox Jewish communities by using the courts and lobbying the Knesset. The session will include a panel of three experts in the field, and during a moderated Q & A the audience will have the opportunity to discuss and engage with the panelists.”

There is no discussion on whether traditions that are thousands of years old should be honored, or whether democracy should be allowed to have its say in Israel, even when voters have the audacity to disagree with liberal Jews in the United States. Rather, the starting point is that the government is “stringent” when it comes to pluralism, while “Israelis,” the small minority that doesn’t have enough political support to influence the government, are “using the courts and lobbying the Knesset” to beat the system and impose their views on the majority.

Not surprisingly, the moderator is the chairwoman of Jewish Federations of North America’s Israel Religious Expression Platform (iRep) initiative. What’s that? She described it in an interview as an “effort to promote the legitimacy of diverse religious expression in Israel.”

The panel has three members of the Conservative and Reform movements and, for “balance,” a feminist associated with modern-Orthodoxy.

There are no representatives from Agudath Israel, from Young Israel, from the Orthodox Union, who could explain the Torah view. That’s because the Federations came to Israel to talk, not to listen.

When it comes to peace, the session “Peace Process Realities in Israel,” promised to “take participants behind the big picture discussions… to see how real people, both Israelis and Palestinians, are actively working to create the groundwork for peace.”

Panelists included a representative of Kids4Peace (“our vision is a safe and peaceful world where all people respect and care for each other and our planet”) and other “real people” from the left who are creating the groundwork for peace. People who live on communities in Yehudah and Shomron and provide employment for tens of thousands of Palestinians are either not real people or are not creating the groundwork for peace.

It’s a shame that the Federation leaders came to Israel with accusations, not questions. A willingness to ask questions and listen to the answers reflects humility and an honest desire to better understand the other’s view. Talking only to those who share your views, under the guise of holding an “Israel-Diaspora” dialogue, reflects arrogance, a feeling that there are no other views that need to be taken into account.

The Federations need to take an honest look at themselves before coming to Israel to press for legitimacy for the Reform, the very movement that devastated U.S. Jewry.

It’s not that Israel doesn’t have problems. Just last week, the country saw a high-profile marriage between a Jew and a Muslim that was applauded by much of the public, including leading politicians. But to solve the problem by introducing Reform Judaism to Israel is like putting out a fire by dousing it with gasoline.

It isn’t, as some argue, that Israel’s treatment of the Palestinians has driven Jews away from the U.S. Jewish community, but that the disconnect from Judaism has led to a drop in support for Israel.

With a little more honesty, and a lot more humility, the Federations can play a significant role in bridging the gap between Israel and the Diaspora.