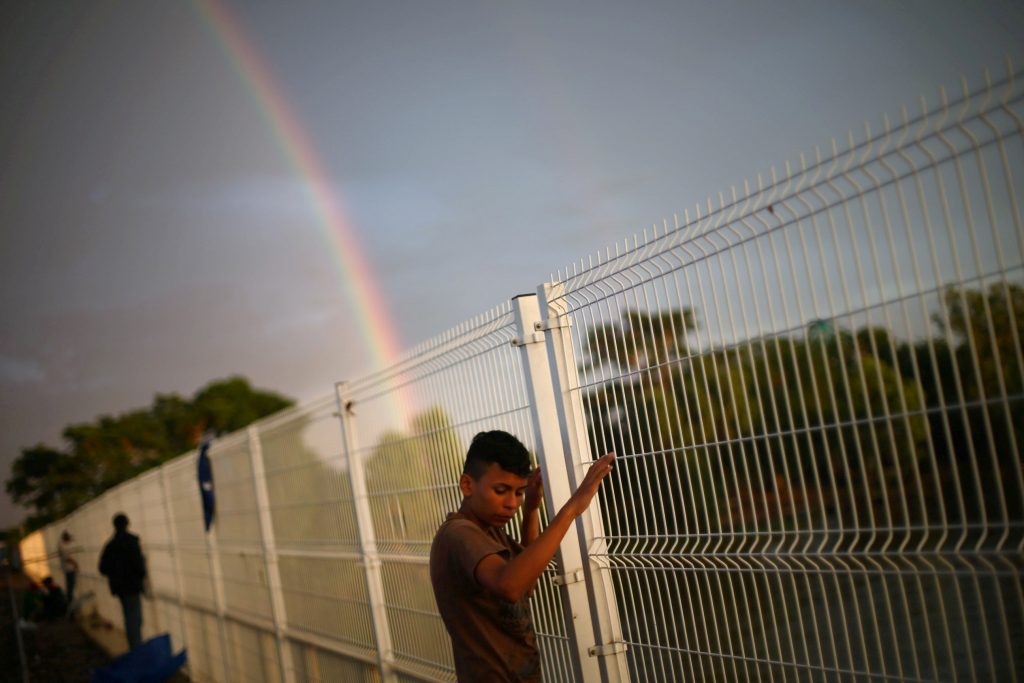 President Donald Trump on Monday said he had alerted the military and federal border authorities that a U.S.-bound migrant caravan from Central America was a national emergency, and that the United States would begin curtailing aid to the region.

Trump, in a series of posts on Twitter, gave no other details about his administration’s actions. Representatives for the White House and the U.S. Border Patrol did not immediately reply to requests for comment.

Representatives for the Pentagon and the Department of State referred questions to the White House.

“Sadly, it looks like Mexico’s Police and Military are unable to stop the Caravan heading to the Southern Border of the United States,” Trump wrote in a tweet, adding: “I have alerted Border Patrol and Military that this is a National Emergency.”

“Guatemala, Honduras and El Salvador were not able to do the job of stopping people from leaving their country and coming illegally to the U.S. We will now begin cutting off, or substantially reducing, the massive foreign aid routinely given to them,” Trump wrote.

Thousands of mostly Honduran migrants crowded into the Mexican border city of Tapachula over the weekend after trekking on foot from the Guatemalan border, defying threats by Trump that he will close the U.S.-Mexico border if they advanced, as well as warnings from the Mexican government.

Mexican police in riot gear shadowed the caravan’s arrival along a southern highway but did not impede the migrants’ journey.

Trump, who has made immigration a central part of his platform, earlier threatened to halt aid to the region, and potentially close the U.S. border with Mexico with the help of the military if the migrants’ march is not stopped.

He and his fellow Republicans have sought to elevate the caravan as a campaign issue ahead of the Nov. 6 midterm elections that will determine whether the party can maintain its hold of the U.S. Senate and House of Representatives.

Trump travels to Texas, a key border state, later on Monday to campaign for Republican Senator Ted Cruz. Cruz, who challenged Trump for the 2016 presidential nomination, is seeking re-election.