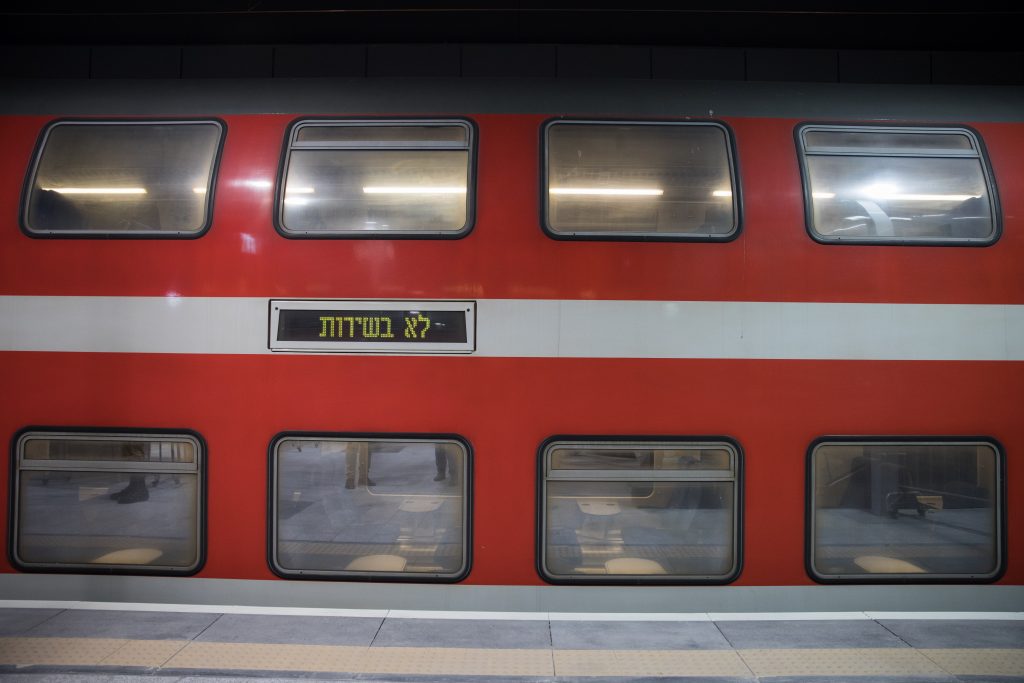 Some of the problems plaguing the new high-speed rail between Yerushalayim and Ben Gurion Airport could continue for months, according to a report in Globes on Wednesday.

The power failure that stranded 150 passengers in a tunnel on Monday was likely not a one-time malfunction solveable with a replacement part, as had initially been hoped. Sources told the newspaper that the problem stemmed from fluctuating electrical flow to the train’s locomotive, due to the inability of the temporary transformer stations to provide an even and continuous supply of power.

The long-term solution lies in the replacement of the temporary transformer stations with permanent ones; but that isn’t scheduled to happen until February-March 2019. In the meantime, more such breakdowns are feared.

According to Globes, indications are that irregularity in the electrical flow to the train was recorded on Sunday and Monday, “reaching a peak at 6:00 PM, when the locomotive’s main switch protecting the system against such fluctuations shut down.” The obvious inference is that the fluctuations caused the train to stall.

However, Israel Railways has been saying that a locomotive component was responsible, but that its investigation had not yet been completed.

The report goes on to charge that the power flow problem was already spotted during tests, but were ignored under pressure to meet the deadline for opening the route set by Transportation Minister Yisrael Katz. This is in line with Globes’s persistent criticism of Katz’s handling of the rail project, which in recent months has alleged that it was pushed ahead despite significant safety hazards to rail construction workers.

However, passengers need not be frightened away from the new train. “Since the equipment involved is new and the systems are advanced and equipped with electrical switches, it cannot be said that lives are in jeopardy,” the report noted.