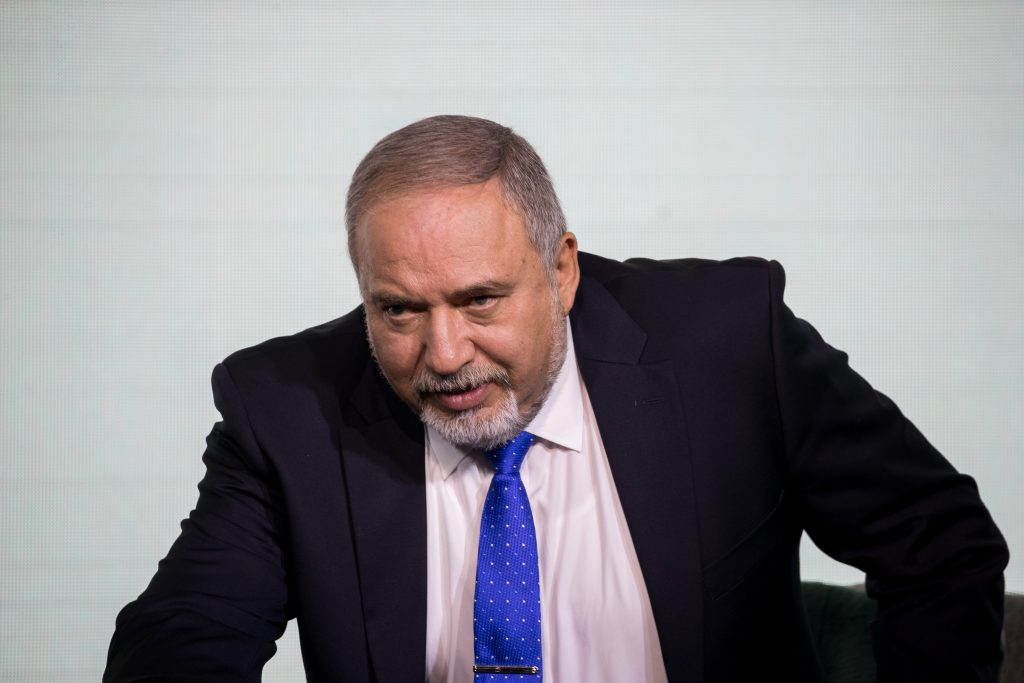 War with Hamas may have passed beyond the stage of rhetoric on Tuesday as Defense Minister Avigdor Liberman sought to persuade his fellow ministers that a military offensive is the only solution to the Hamas-driven violence in Gaza.

“I’ve held a series of meetings with the head of the Southern Command, the head of the [Gaza] Division, the brigade commanders, the battalion commanders, also with soldiers. My impression is that they all have reached the understanding that the situation as it is today cannot continue,” Liberman said, according to The Times of Israel.

His remarks followed on similar statements he made on Monday, in the Knesset and at a media conference in Yerushalayim.

Liberman said he believes that a “serious blow” to Hamas would yield four or five years of respite from the now-daily violent provocations on the Israel-Gaza border. He said that Israel has exhausted all options to settle the matter peacefully.

Liberman’s remarks on Tuesday may be seen as an attempt to pressure the Security Cabinet to adopt an action plan. On Sunday, the cabinet held a long meeting on the Gaza situation, after which it decided to wait until the week’s end in order to give negotiators a chance to reach an agreement with Hamas leaders.

The Cabinet is scheduled to meet again on Wednesday.

“[A strike on Hamas] must be the decision of the Security Cabinet,” Liberman acknowledged to reporters following his meetings with senior IDF officers.

Meanwhile, Egyptian military intelligence officials reportedly were in Gaza on Tuesday to meet with Hamas officials in an attempt to calm the situation.