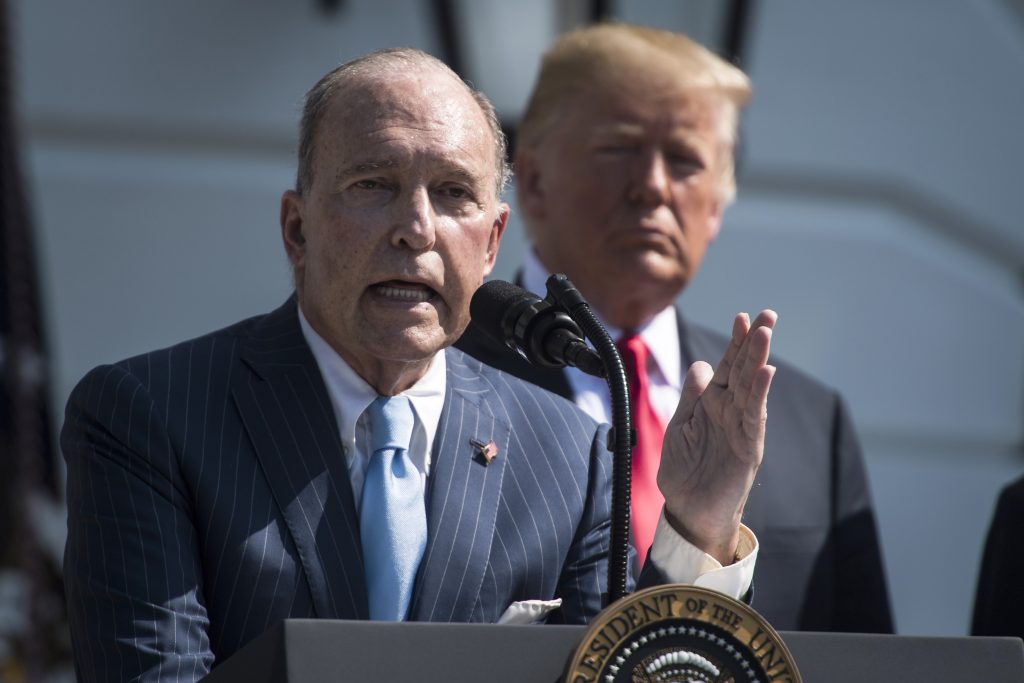 White House chief economic adviser Larry Kudlow on Sunday defended President Donald Trump for saying that the Federal Reserve has “gone crazy,” arguing that the president was not telling the central bank what to do but was merely expressing his view that interest rates are being raised too quickly.

In an appearance on Fox News Kudlow said that “as a successful businessman and investor,” Mr. Trump is knowledgeable about economic issues and was “giving his opinion” on interest rates.

“His concern is that the Fed might move too quickly and might choke off the economic recovery, which is now running 3 to 4 percent,” Kudlow said. “He’s not impinging on Fed independence. He didn’t say, ‘I want you to change your plan.’ ”

Presidents and their advisers traditionally refrain from commenting directly on Fed policy. Yet, over the past week, Mr. Trump has voiced increasing displeasure with Federal Reserve Board Chair Jerome Powell and blamed the central bank for the recent stock market plunge.

On Wednesday, Mr. Trump told reporters before a rally in Erie, Pennsylvania, “I think the Fed has gone crazy.” In an interview with Fox News Channel on the same day, he described the Federal Reserve as “going wild” and “loco.” On Thursday, he said the central bank was “out of control” and was “getting a little bit too cute.”

“I’d like our Fed not to be so aggressive, because I think they’re making a big mistake,” Mr. Trump said in an interview on Fox. His comments stood in stark contrast to a statement on Wednesday in which the White House gave a more measured response to the stock market drop.

Kudlow maintained Sunday that Mr. Trump’s public remarks did not mean that the president was telling the Fed what action to take.

“He respects the Fed’s independence,” Kudlow said. “And again, what the president is raising here on the matter of interest rate timing and so forth, a lot of people are discussing this. … He’s just weighing in. There’s nothing wrong with him weighing in.”