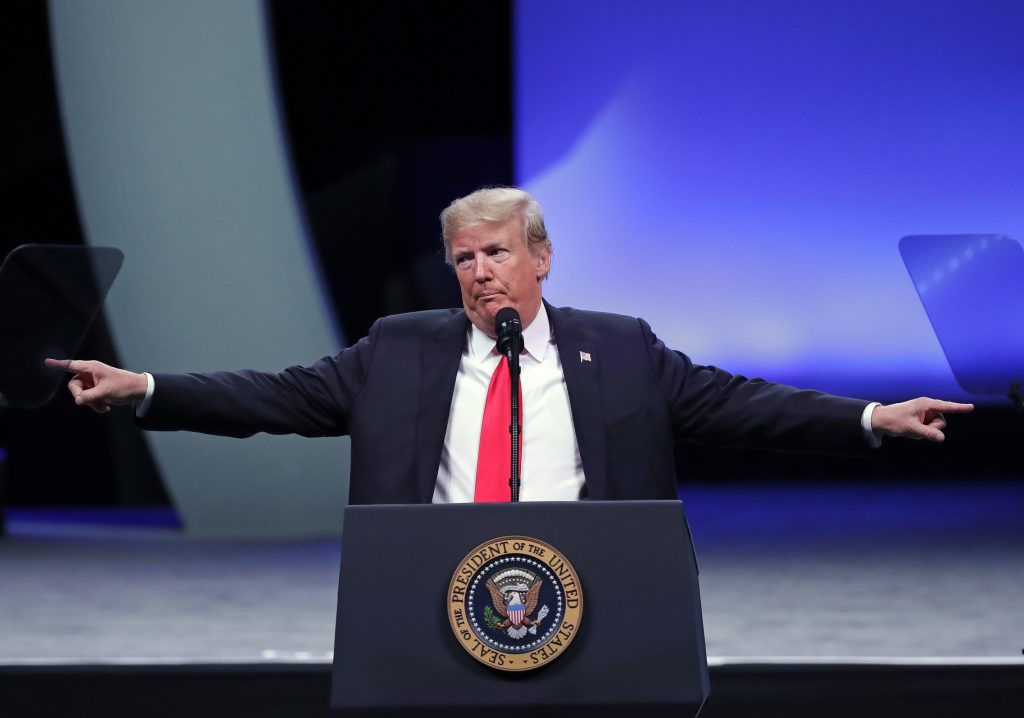 President Donald Trump drew an enthusiastic response from a law-and-order crowd Monday, advocating the use of “stop and frisk” policing and saying he has directed the Justice Department to work with local officials in Chicago to stem violence in the nation’s third-largest city.

“The crime spree is a terrible blight on that city,” he said at a convention of the International Association of Chiefs of Police.

Trump said he had ordered Attorney General Jeff Sessions to “immediately” go to Chicago and encouraged it to embrace the stop-and-frisk policing method that was used in New York City until it was deemed unconstitutional because of its overwhelming impact on minority residents.

It was unclear exactly what the president had ordered of his attorney general. The White House and Justice Department didn’t immediately respond to requests for comment. Trump traveled to Orlando with Deputy Attorney General Rod Rosenstein.

Chicago police said last week that there have been 102 fewer homicides and nearly 500 fewer shooting victims in the city this year, compared with the first nine months of 2017.

Just weeks before the midterm elections, Trump accused Democrats of being soft on crime.

He singled out politicians who have criticized police, often in the wake of shootings of young black men, saying, “Politicians who spread dangerous anti-police sentiment make life easier for criminals and more dangerous for law-abiding citizens.”

Trump said Justice Kavanaugh would be “a faithful defender of the rule of law.”

Hours before President Trump addressed the police chiefs, a handful of protesters outside the Orange County Convention Center waved signs reading “We Wish You Were Fake News” and declaring their desire for President Trump’s and Justice Kavanaugh’s imprisonment.

President Trump also heralded recent declines in unemployment as a positive step toward lower crime rates. He said he was working hard on the opioid crisis and announced more than $42 million in new grant funding for innovative projects to fight the drug epidemic.