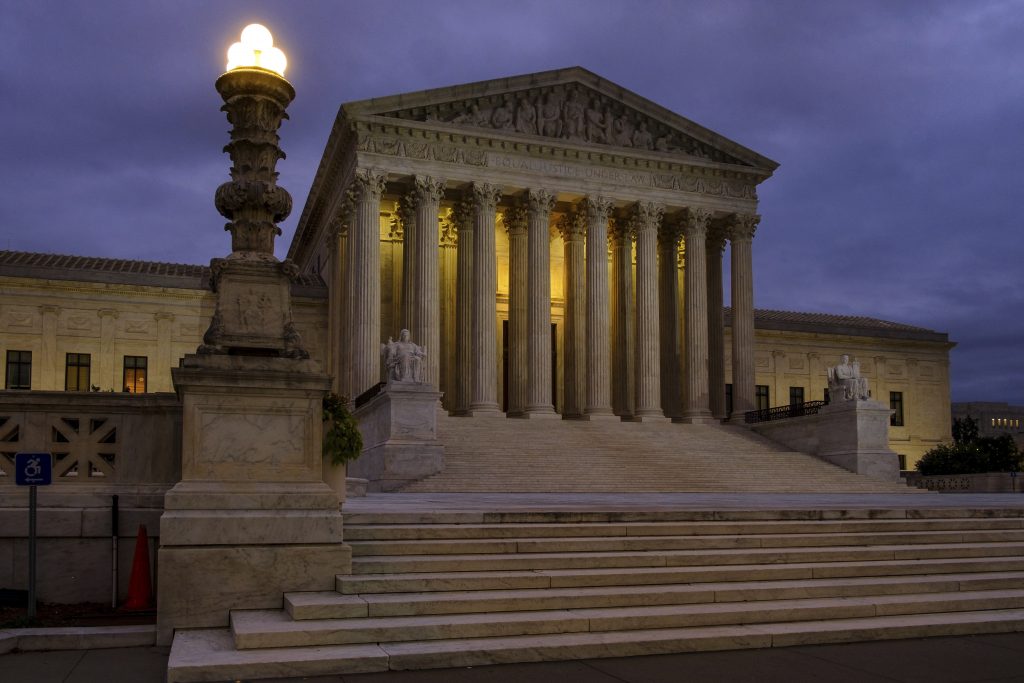 Brett Kavanaugh’s confirmation to the U.S. Supreme Court puts him on the nation’s highest tribunal but at the bottom of its ritualist pecking order.

As the court’s newest and therefore most junior associate justice, confirmed 50-48 Saturday in the closest margin in more than a century, Kavanaugh will bear some of the minor indignities that accompany the role.

None of this has to do with the contentious nature of his confirmation, although two Democratic-appointed justices, Elena Kagan and Sonia Sotomayor, acknowledged in remarks at Princeton University on Friday that they’re worried about a public perception that the court is being politicized.

The two didn’t mention Kavanaugh by name or refer to the confirmation fight. But Kagan said the presence of centrist Justices Sandra Day O’Connor and Anthony Kennedy over the past 30-plus years “enabled the court to look as though it was not owned by one side or another and was indeed impartial and neutral and fair.” Both are now retired, and Kavanaugh is taking Kennedy’s seat.

“Going forward that sort of middle position — you know, it’s not so clear whether we’ll have it,” Kagan said.

Kavanaugh’s arrival to succeed Kennedy will give the court a solid five-justice conservative bloc, with Chief Justice John Roberts — more of a bridge-builder than the court’s other conservatives — likely to determine how quickly the court will move.

In terms of protocol, Kavanaugh will take over as doorkeeper during the justices’ conferences, sessions so private that even secretaries and law clerks are barred. By tradition, the newest justice must answer the door whenever someone knocks with a delivery or message.

There are no exceptions, Kagan said in 2017, when she was the junior justice.

“Literally, if I’m like in the middle of a sentence — let’s say it’s my turn to speak or something, and there’s a knock on the door, everybody will just stare at me, waiting for me to open the door,” Kagan said. “It’s like a form of hazing. So that’s what I do. I open the door. Pronto.”

In another status marker, Kavanaugh will speak last when the justices discuss cases in those conferences, which can become especially significant when the others indicate they’re divided 4-4. He’ll also be saddled with serving on the committee that oversees the court’s open-to-the-public cafeteria.

In the courtroom, Kavanaugh will sit at the end of the court’s mahogany bench, on the far right from the audience’s perspective, in what was an empty space when the court sat earlier this week. He’ll be seated next to Kagan, not far from where the court’s marshal, Pamela Talkin, opens each session with the traditional cry of “Oyez! Oyez!”

In formal court photographs, Kavanaugh will stand in the back and on the right end, from the viewer’s perspective. Four justices ahead of him will have to leave the court before he’ll get to sit in front with the more senior members.

If he has any questions, Kavanaugh can always ask Justice Stephen Breyer, who holds the modern record for the longest tenure as the junior justice. Breyer opened the conference room door for 11 1/2 years.

Getting along with his new colleagues, even those with whom he disagrees, shouldn’t be a problem. Sotomayor said at Princeton that the justices “have to rise above partisanship in our personal relationships,” and added, “We have to treat each other with respect and dignity and with a sense of amicability that the rest of the world doesn’t often share.”

Kagan said justices can’t afford to hold grudges because they would lose the ability to persuade their colleagues in future cases.

“We live in this world where it’s just the nine of us,” Kagan said. “We are the consummate repeat players.”